By Marcus Hellberg, Head of marketing and business development at Södra Cell

Ten million Swedes are second only to the US in per capita consumption. It’s all down to a historic affinity with the trees and forests covering the landscape … from sapling to harvest providing jobs, buildings, homes, membership of an exclusive club of tissue net-exporters, and a source of national pride.

Sweden is at the forefront of tissue. There are not that many of us (a little less than 10 million), so we won’t make any headlines in terms of absolute consumption. We use just short of 200,000 tonnes per year – half a dozen decent-sized tissue machines would cover it.

It’s not because the bracing Scandinavian climate results in high use of facial tissue – this particular category is not dominant. The explanation lies partly in a strong economy, which is always a pre-requisite of high tissue consumption. But that is not the whole story, because the highly-developed economies of France and Italy have never even reached 14kg/capita.

One thing which distinguishes Swedes as tissue consumers is the relationship we have with wood. Sweden is not excessively reliant on timber for its economic wellbeing, but it remains a very visible, historically-important material in our lives.

It covers much of the landscape, forms many of our buildings and most of us know somebody whose living is wholly or partly dependent on wood or wood-based products.

It is also plain to see that this resource is sustainable – the continuous cycle from sapling to harvesting is evident to anyone who ventures out of town.

Swedes are therefore positive about the use of products derived from wood. As a result they are receptive to a quality product and willing to see tissue as more than a commodity. Both brands and private label, the latter gradually gaining market share from a comparatively low level, are widely sold on the basis of added value qualities such as bulk and softness.

Design and embossing are also well accepted, but colour and scent just haven’t taken off. With such plentiful raw material on the doorstep, virgin fibre is the raw material of choice.

This enthusiasm among the people for wood-based products also explains the popularity of paper towel for hand-drying compared with hot-air alternatives, and the use of kitchen towel in the home. Away-from-home towel is popular throughout the Nordic region, as is kitchen towel, and both have grown quite strongly in the past decade.

This is likely to fuel growth for the foreseeable future in an otherwise mature market for tissue. Toilet tissue remains the largest sector in terms of consumption, but towel is catching up.

What also distinguishes Sweden’s tissue-making sector is that it is part of an exclusive club of net-exporters in Europe. Only Germany, Spain, Finland and Italy can claim the same distinction. Sweden produces nearly twice as much tissue as it consumes, with parent reels being shipped to the rest of the Nordic countries, the UK and continental Europe.

Sweden’s tissue producers are no longer exclusively Swedish but have a very international profile. They are at the forefront of tissue making and converting. Sofidel, for example, entered the fray in 2010 when they took over LPC’s assets in Sweden. The company’s Kisa site is said to be the group’s most innovative and automated since its upgrade in 2015.

Metsä Tissue has also invested in sophisticated new converting technology in the past few years at Katrinefors, Mariestad. In the more niche area of table napkins, Duni’s subsidiary Rexell Tissue & Airlaid upgraded and boosted capacity in 2015 at its Skåpafors mill.

Then of course there is Western Europe’s largest tissue producer, SCA Hygiene, with its 100,000+ tpy mill at Lilla Edet and facilities throughout Europe, boosted earlier in the decade by its acquisition of GP’s European assets.

It is a give-and-take relationship with these significant international players. In Sweden they benefit from their proximity to a certified fibre source, pulp expertise and also from the healthy local consumer market. You can be sure that the 2016 WWF Environmental Paper Awards earned by Sofidel and Metsä Tissue owe something to their experience in Sweden.

In turn these businesses can draw on group-wide technical expertise and experience, ensuring that Sweden remains a centre of tissue production excellence. There is no doubt that international ownership brings new skills and perspectives and the machinery sector in the Nordic region is very strong, too.

Compared with market pulp, graphic paper and board, tissue is a relatively minor player in the Swedish forest products market. But, tissue is in the ascendancy compared with most grades, and Sweden is leading the way. 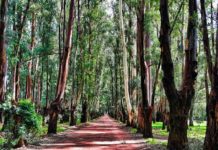 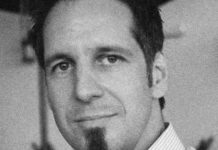 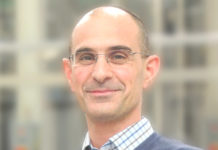 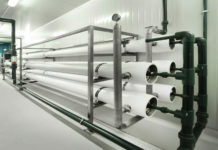 NECESSITY – IN THE SHAPE OF A GLOBAL PANDEMIC –...