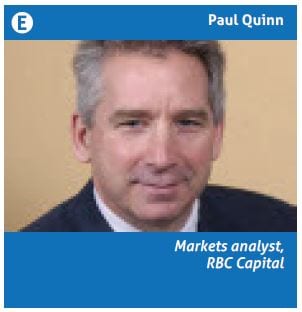 Shipments and operating rates are currently strong but we worry about the supply side
So the demand side of the North American tissue market appears strong, but we continue to worry about the lineup of additions to the supply side. That said, our supply-demand (s-d) model has looked similar over the last three years with our forecast of lower future operating rates and expectation of pricing pressure. This hasn’t happened as the start-up timeline of the new tissue machine additions were delayed and we failed to accurately predict closures.

The delay on new machine starts is not unusual as a reasonable order file is required before companies commit the estimated $300MM for a new machine. Predicting boiler explosions (Lincoln Paper and Tissue) and optimising strategies (Clearwater) does not seem to be our core competency! Our updated s-d model on the following page shows a declining operating rate (production-to-capacity) from 93.4% in 2016 to 91.7% in 2019. Declining operating rates are never a great thing as they suggest lower tissue pricing.

We could see a repeat of the recent past, with delayed new capacity additions and machine closures balancing out. We could also see the entry of European discount supermarket chains, like Lidl and Aldi, as disruptive to the current brand focused North American consumer, allowing for the expansion of private label (where the majority of the capacity adds reside). The future is uncertain to us. 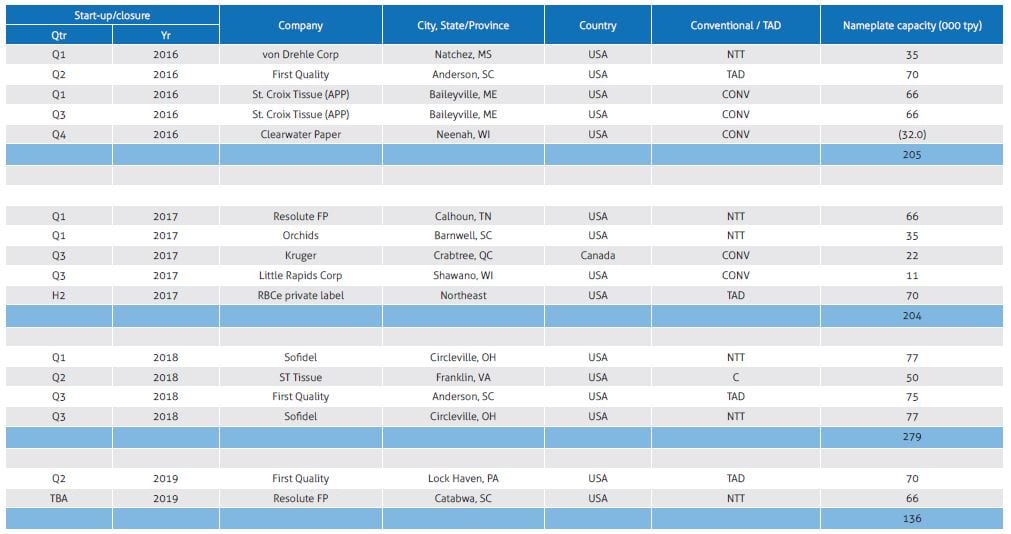 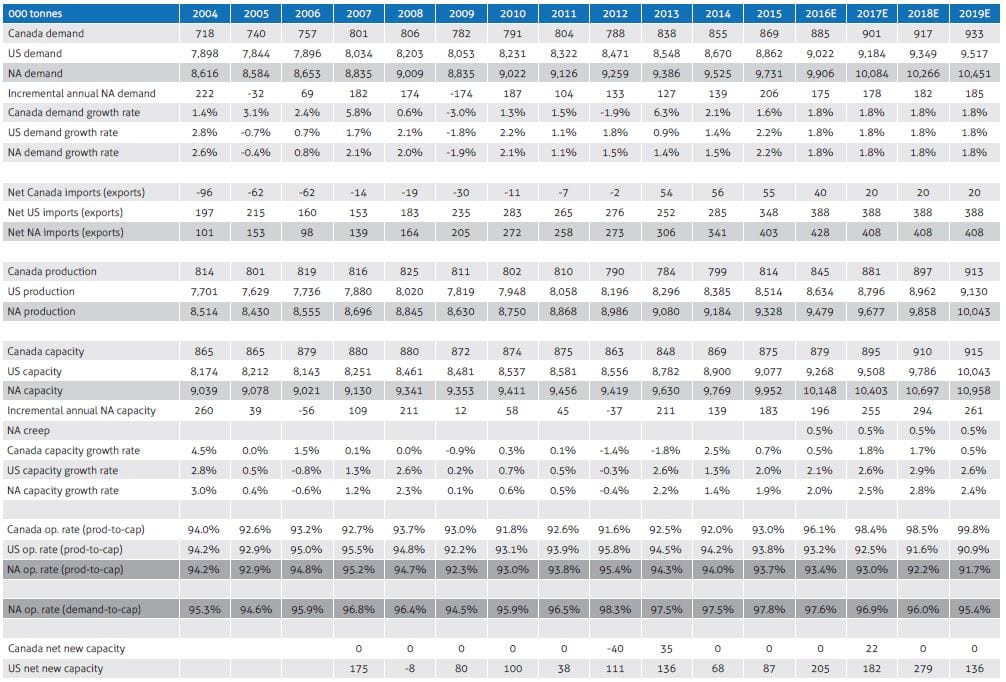 Three new TAD tissue PMs announced and some year-end closures
Irving Consumer Products announced the purchase of a new TAD tissue-making machine from Valmet with an expected delivery in 2018 (RISI estimates capacity to be about 70K ST/year). First Quality Tissue also announced two new TAD machines as a part of theire xpansion initiatives. One machine will be constructed in Anderson, South Carolina and is expected to begin production in the second half of 2018 while the other will be in Lock Haven, Pennsylvania and is projected to start in the first half of 2019. These two machines will add ~145K tonnes of production capacity.

AFRY: Lack of control on size and weight means some companies...