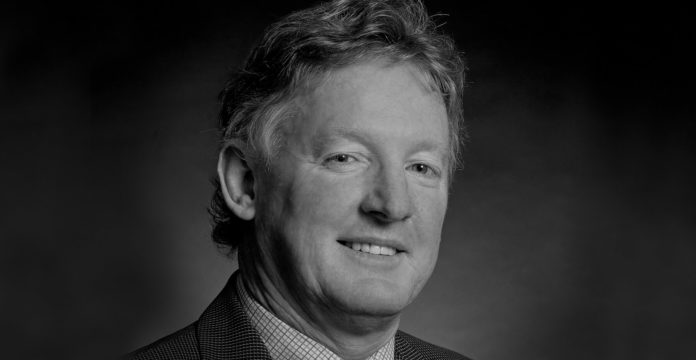 China is the largest trading partner to all nations in the world’s largest free trade bloc … The Association of Southeast Asian Nations (ASEAN). Dr. Phillip Lawrence, Lecturer, Government and International Relations, University of Sydney, looks at the wider regional prospects.

Prior to the Covid-19 outbreak many economists predicted that the next century belonged to Asia, and in particular China.

The Chinese economy has provided around 30% or more of global economic growth following the global financial crisis in late 2008.  Despite China’s recently slowing economy, it continues to be the driver of the international economy. Of course, the country’s position is fortified by the stagnation in just about every other nation. Perhaps it is the progressive decline of capitalism, or just a period between technology and social change. It has always been the case that following an economic decline, there is a golden period of growth. However, the period of decline has been like no other in history, so what the future will bring is anyone’s guess.

How Belt and Road plays out will be important for how the world will look in a few decades. China’s foray into the South China Sea recently is also putting a lot of regional trading partners on edge. To describe the region as a happy place of unfettered economic growth might be drawing a long bow. But there remains so much potential.

Most of the Asian region, mostly Southeast and East Asia, hardly blinked with the 2008 GFC. It was mainly a Western financial crisis. While interest rates in the West plummeted, a sure sign of stagnation over a decade, the Orient maintained reasonable rates. As a result, there was an inflow of money to Asia to find growth.

Money seeks out interest rates, like tree roots always find cracks; money seeks profits. For the past decade many Asian nations experienced economic wellbeing, especially those with a good economic and political relationship with China. Twenty-seven countries in the region, almost every Asian nation, note China as their largest trading partner.

China has taken its newfound international leadership role seriously, and perhaps with some modicum of opportunity. The Belt and Road development initiative is a programme of funding infrastructure in many of the country’s trading partners, both in the Asian regions, and around the world.

This is a serious level of investment. The economic commitment to development projects dwarfs the amount of money in today’s value that was spend by allied country’s rebuilding Europe after WW2. The programme has its critics. Some suggest it is a way for China to lock in, debt control nations around the world. Perhaps that might be a narrow view? It is an assessment not shared by the UN.

On the other hand, international development programmes have been the hallmark of globalisation for the past half century, so the benefits or otherwise of this foray for China itself, and for signed-up nations, has yet to become clear.

While the UN has offered positive comments about Belt and Road, many of the world’s developed Western countries are suspicious of the programme. Belt and Road has the potential to greatly improve economic wellbeing of many of China’s trading partners – all of them less powerful – but the nation has an imperfect history of completely following through on aid and support commitments.

How Belt and Road plays out will be important for how the world will look in a few decades. China’s foray into the South China Sea recently is also putting a lot of regional trading partners on edge. To describe the region as a happy place of unfettered economic growth might be drawing a long bow. But there remains so much potential.

By 2027, most international economists agree, China will have overtaken the US as the world’s most financially dominant nation. President Xi Jinping openly calls it China’s rejuvenation, a return to past glory. By mid-century, China will be more than three times the size of the US, a time when the Chinese currency will be the dominant world money market, not the greenback. A change completely unexpected in 1979 when it first started to crack open to the world.  China’s participation in the region cannot be understated.  The recent trade agreements in Asia, with China at the centre reinforces the reality that a vast amount of trade from the region is within the region.  For this reason, the Asian Century is only reinforced, except for uncertainty of associated with Chinese international relations.

Many have commented that China will become old before it becomes rich, a victim of the “Lewis principle”, where the country runs out of workers because its population is growing older, the former one-child policy a key to this. However, the Lewis principle can be managed by applying technologies rather than traditional industrial activities, with fewer hands, using more brains.  The national focus on technology will be key to negating a looming problem.

Now China, having abandoned its one-child policy in 2015, has responded with Beijing recently announcing that it will allow couples to have up to three children. So still some measure of control over births.

The consumption growth follows logically in the region’s improving economic condition.  It is also likely that B&R will increase economic wellbeing in other parts of the world, in developing nations, including Africa.

President Xi Jinping openly calls it China’s rejuvenation, a return to past glory. By mid-century, China will be more than three times the size of the US, a time when the Chinese currency will be the dominant world money market, not the greenback. A change completely unexpected in 1979 when it first started to crack open to the world.

As economic conditions improve, there is a natural increase in consumption. With paper products, consumption will logically follow the path set by developed Western nations. The growth of social media as the primary source of political, social, community and economic news will mean that printed communications such as newspapers and magazines will continue to decline.

Paper products such as various tissues will witness an increase as these are seen as essential in a modernising economy. Perhaps it would seem logical that Southeast and East Asia will continue to be the leading growth area in the world’s tissue market.  However, the many nations benefiting from B&R will see changing living standards as the programme rolls out.

The next three decades will be the world’s most challenging period in history. What will this mean? As the world’s dominant businesses are from the USA, they will likely see increasing opportunity in being more and more involved in China.  Like periods in history when there has been a significant economic decline, what follows is a golden era. Much depends on it. 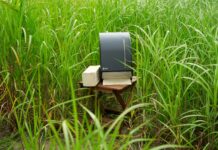 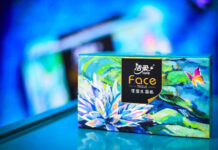 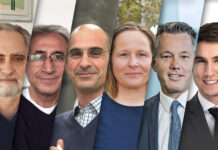