Kimberly-Clark (K-C) has reported a decline of 2% to $1.7bn in its consumer tissue division’s fourth quarter 2012 sales.

The consumer tissue division recorded a decline of 4% in fourth quarter operating profit to $235m.

It was weighed down primarily by the pulp and tissue restructuring operations that K-C said reduced sales volumes by 3%.

Sales fell 2% in North America compared to the prior year, including a five point negative impact from lost sales in conjunction with pulp and tissue restructuring actions.

Sales increased 1% in K-C International while sales in Europe decreased 7%. K-C’s strongest performance for the quarter was in personal care products which enjoyed a net sales increase of 8%.

The company’s recent strategic shift towards emerging economies where demand is booming as a result of increasing disposable income has led to the increase.

For the group, fourth quarter 2012 net sales increased 3% to $5.3bn compared to the same time a year earlier. Organic sales exclude the impact of changes in foreign currency rates and lost sales as a result of pulp and tissue restructuring actions.

Chairman and chief executive Thomas Falk said: “Our fourth quarter results capped off a year of excellent performance for Kimberly-Clark.

“For the full year of 2012, we delivered organic sales growth of 5%, highlighted by 10% growth in K-C International. In 2013, we will continue to pursue targeted growth initiatives, launch product innovations and support our brands with increased strategic marketing spending.

“We expect to achieve healthy levels of cost savings, which should help us overcome moderate commodity cost inflation.” 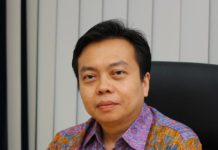 HOW LONG WILL THE RAPID EXPANSION OF THE CHINESE TISSUE BUSINESS CONTINUE?

“We saw a very substantial sales increase in a very short...

Is the slowdown in China a threat for the South East...