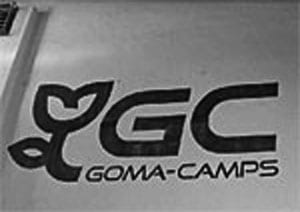 As tissue plaDuring the steep and winding approach to Gomà-Camps’s tissue and converting plant in La Riba, Tarragona, it’s made obvious just how integral a part of the local community the company is. Built into the side of a steep valley that’s located on the edge of the picturesque Prades mountain range and surrounded by family homes, the company has been a significant employer of local people since its establishment in 1758. The 10th generation is now running the business and the 11th generation is on its way.

manager Jordi Gomà-Camps Travé. Walking around the site, you get a feel for both its history and how it has adapted to the times. Still independent, the company diversified into tissue when it saw a missed opportunity in the marketplace in 1964. It now produces a range of products primarily for the Away from Home (AfH) market, including domestic and industrial toilet tissue, handtowel tissue and paper hand towels. There are two tissue machines, one 1991 EscherWyss

TiscoFormer successfully transformed into Crescent Former by Toscotec in 2006 producing 100% virgin cellulose, and another Crescent Former by Andritz from 1998 producing 100% recycled tissue within the highest quality and sustainability standards, thanks to the state of the art stock preparation line from Kadant Lamort. The integrated plant has a substantial 20,000 m2 converting area located down the hill. The company also has other production sites in Portugal and another in Spain jointly-owned with WEPA serving the southern European consumer market. Sales offices are also located in France and Angola.

Such a long-standing company is unique in the Spanish tissue market and also in the country at large; Gomà- Camps is the third oldest-owned business throughout Spain.

The Spanish tissue industry is full of big multi-national players as well as a strong group of independents. It produces 800,000tpy and is the third largest in T&T producing nations in the EU. Most tissue mills are located in the north-eastern Catalan area of Spain; areas of which have generally been slightly less impacted by the economic downturn. Competition is fierce, and Gomà-Camps’ aim is to distinguish itself by investing in its main niche – recycled paper. Gomà- Camps Travé says: “The “leitmotiv” of the company is green thinking and working towards cost effective and sustainable processes with low carbon footprints. Projects have to make ecological and economical sense. We expect demand for recycled products to grow. Throughout Spain, there’s a lot of variety in the markets – in northern Spain, it is similar to the French market where there’s much more demand for ecological brands. French consumers are more sensitive to ecological priorities. It’s common sense. We hope the environmental conscience will come to more people here. But at the moment, the rest of Spain is focusing on price, price and price throughout the whole supply chain because of the economic conditions.”

As the first Spanish tissue manufacturer to gain Ecolabel certification, it’s now certified to a host of sustainable standards

including PEFC, ISO 14001 and quality management system ISO 9001:2000. “We can be more competitive than the global players when talking about recycled paper production” … “We’ve bet quite significantly on recycling and we’ve got the ability to distinguish ourselves and use it to our advantage.” The company’s recycling process uses no chemicals such as chlorine or optical whiteners that are harmful to the environment. The factory has a full effluent treatment plant with both physicochemical and biological steps. Water is more and more reused and the mill is prepared for further recycling stages after installing in 2011 the new membrane bioreactor in the biological water treatment plant. With the same philosophy the sludge residue is reused in other processes outside the factory.

The business produces high-end products, and Gomà-Camps Travé adds that “quality is the main goal”. “We also focus on the low end, but we are increasingly looking to high end as that will bring growth and profit. We need to focus on quality, but also on cost reduction, achieving both via process efficiencies continuous improvement, new embossing techniques and converting optimisation.”

The Spanish AfH Gomà-Camps market share has seen an increase of between 10-12% during the past few years despite the recession. However, due to the economic conditions, the market is tougher and it is even more important to focus on the client, that’s why specific product lines have been launched for France and Spain. “The French are asking for a different type of product to adapt their market restrictions,” he says. “For example, the French consumer market is willing to put more recycled products onto the market than in Spain, and in France there is higher acceptance for low basis weight, high content products while in Spain for certain markets it’s the other way around. Also the market is diminishing and we ought to be different, so we are constantly challenging ourselves on quality and innovation.”

Gomà-Camps also has its sights firmly set on export opportunities. It’s seen growth in its external markets, an area that it wants to continue to expand, and it now exports 20% of its finished products to Morocco and Angola as well as Portugal and France. “We’re looking to export more and more as there is a lot of growth for our products abroad. It will continue to make up a large part of our market strategy. Much of the market is shrinking here, there is more offer than demand. So we can avoid this overcapacity by going abroad where we are less dependent on this.”

The north-eastern area of Spain has avoided some of the downturn, according to Maties Gomà-Camps. “This area of Spain is fairly affluent, as well as in northern Spain and Madrid. So while there are still problems of unemployment there, in many areas people are still spending on luxury products.” What has impacted the local tissue market is waste material availability. “For the recycled product, it’s all about availability. But this is largely affected by the number of printed products going to waste, which has been impacted on by the economic crisis.”

As for raw material and energy costs, Gomà-Camps Llorens says it’s difficult to pass on any price hikes, and so the

business ends up absorbing the costs. “20% of our costs are on energy so we are working incessantly at being more competitive. We can help combat that by going into a sector of the market that isn’t very large but one that also isn’t suffering from the recession, that’s our game plan, to try to position certain high end products into the market, such as GCClass table products, which is also produced in-house, included printing, or Xtrasec super soft and extra absorbent hand towels.”

In the last five years Gomà-Camps has invested over €23m to renovate converting machinery, improve its wastewater treatment system and purchase new land. “Our history and experience is very unusual, and it gives us a unique position in the market. It’s very important that we come across as a family business. We stay close to our clients, serving professionals professionally, it’s like a partnership. We are trying to be dynamic and be profitable, we are adapting quickly to the needs of a market that is changing rapidly. We try to be the promoters of the product, it’s where we can be competitive.”