China dominates with 75 of the 151 announced tissue projects. 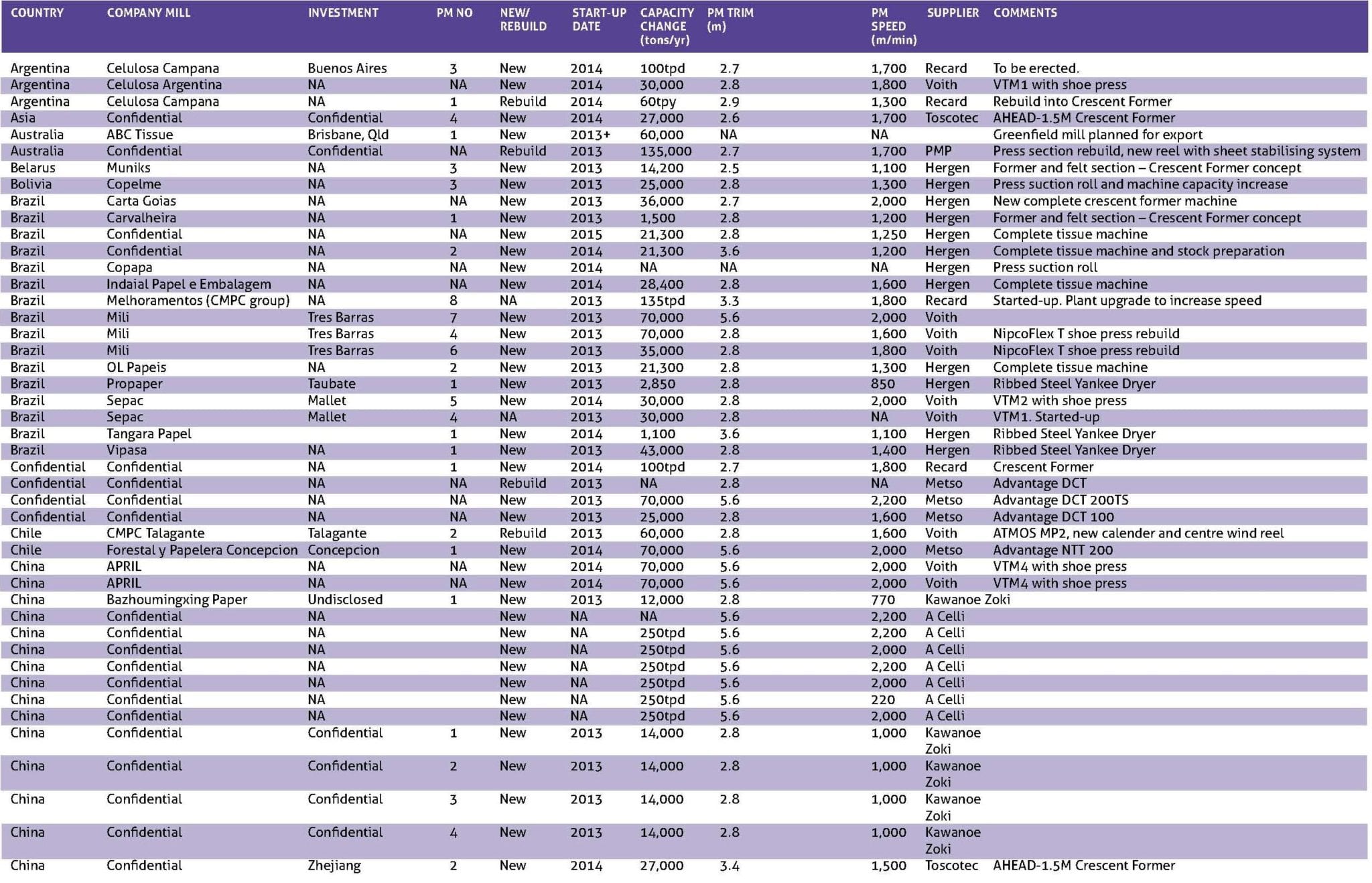 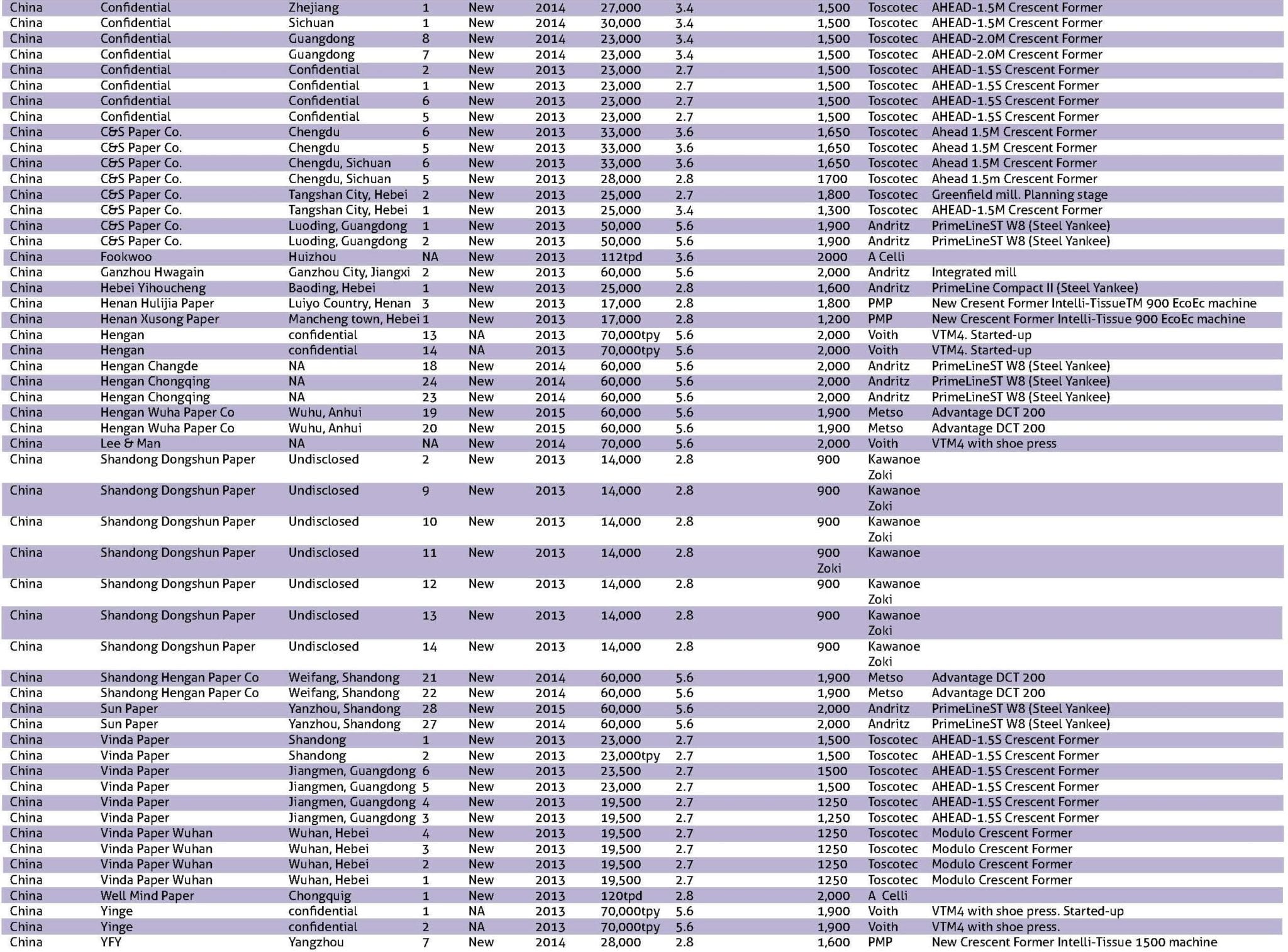 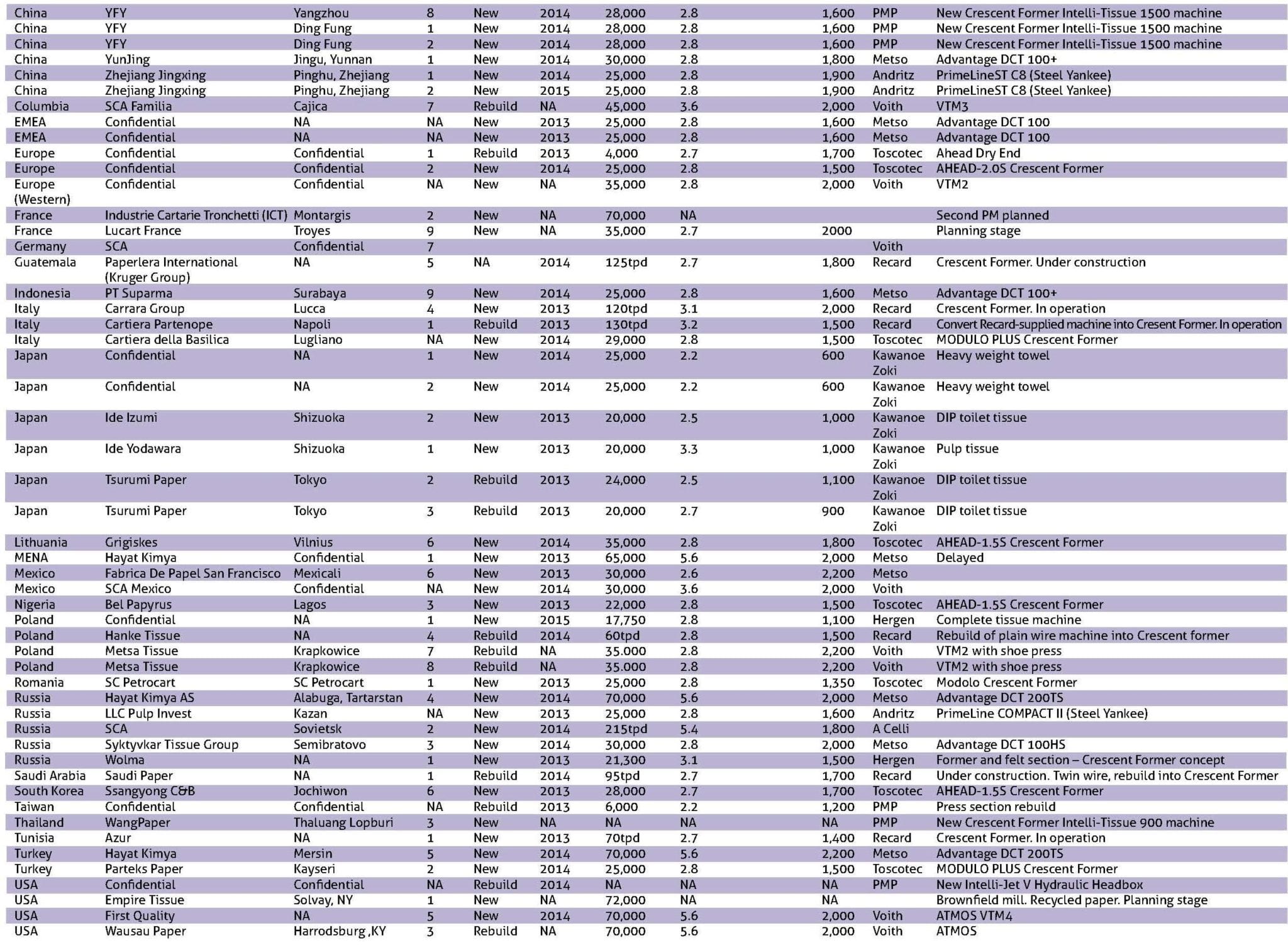 In the past 12 months, the global tissue industry has seen another substantial amount of new capacity announced or coming on stream.

Research for this survey included asking machinery suppliers about their present and future developments, and the responses charts new capacity being added, ordered or in final planning stages in 2013-2014.

All the figures in the survey are based on the best information provided, and are subject to revision as, in many cases, information was not provided because it was deemed commercially sensitive or subject to financial uncertainty. It’s also the case that a distinctive feature of this time in the cyclical development of tissue production is marked by the timely closure of old facilities to make way for the new.

Additionally, many projects have also been delayed, as in several cases the prospect of overcapacity begins to shape the market. Some of the ‘new’ capacity announced this year in fact includes some of last year’s estimate. A number of companies also issued projections for impressive tonnes per day figures, which will add, in the
terms of the survey, unknown capacity.

As with last year, the scale of these machines is also significant – a large proportion of these new start-up machines have widths of 5.6m.

Outside of China, more and more of this growth is increasingly focused on or from countries such as Brazil and Turkey.

‘It is still clearly an uncertain market with a mixed picture of start-ups and closures across the world.’

However, it is still clearly an uncertain market with a mixed picture of startups and closures across the world. Chinese overcapacity continues to provide much uncertainty to the industry. The Chinese nor the global market can absorb all of its planned capacity and additional closures can only slightly improve the situation. It remains to be seen how this will continue to impact the market’s margins.

Worldwide, the recession continues to impact many parts of the sector, but despite this, the tissue sector remains largely in good health with global growth expected to continue along the path of 4.1 to 4.3% seen over the past few years.

We expect to see new emerging economies continuing to step up the pace and respond to market demands for innovative and sustainable products across a range of sectors in the market.

All aggregates taken from the survey should be treated with some caution. While all care has been taken to publish comprehensive data, it is inevitable that projects will be missing or details incomplete. We welcome your help to ensure as comprehensive a survey as possible in 2014.
[/box]