NBSK pulp Europe
The softwood pulp market had a difficult start for the year but, all in all, this grade fared well through most of 2013. A growing part of the market BSKP pulp goes into tissue, packaging and specialities, but there is still a lot ending up in printing and writing papers. Taking into account the pressures of more hardwood in the furnish, a 1% decline in global graphic paper production with most in coated grades in which softwood pulp holds a relatively larger share of the furnish, the 2.7% increase in shipments is a positive surprise. At the end of the year, producer stocks were below average and producers had initiated further price increase attempts from 1 January, in most cases by about 20 USD/tonne. The jury is still out as to how successful those attempts may end up being but some increase has been seen in early January. The Euro weakened by 0.3% against the US dollar. Our PIX NBSK index showed a gain of 1.60 dollars, or by 0.18%, and closed at 909.96 USD/tonne. When converting this dollar-value into euro, the weakening of the currency against the USD sent the benchmark up by 3.48 euro, or by 0.52%, and the PIX NBSK index in Euro ended at 669.73 EUR/tonne.

BHK pulp Europe
During the first 11 months of 2013, market BHKP demand grew by 3.4% from the PPPC member countries and the demand growth has speeded up towards the end of the year. Obviously, this was partly due to the widening price gap between softwood and hardwood pulps and the ensued desire of paper producers to maximise the share of hardwood where technically possible. But part of the growth was “fully natural”. Tissue paper production grew worldwide, in many regions in the vicinity of 5%. And, within the graphic paper sector, uncoated woodfrees, the other key end-use of hardwood market pulp, will probably end up showing modest (0.5%?) growth over the year. After the market BHKP prices declined by 0.5% in USD-terms and by about 4% in euro-terms in 2013, suppliers are trying to achieve some price increase in January 2014 before larger volumes of BHKP enter the market, in practice from March/April onwards. The Euro weakened by 0.3% against the dollar from the previous week. With the softening of the euro-currency, the PIX BHKP index value in Euros headed higher by 1.66 euro, or by 0.29%, and closed at 566.11 EUR/tonne. The PIX BHKP index value in dollars lost ground by 40 cents, or by 0.05%, and settled at 769.17 USD/tonne.

Based on the partially available 11 months’ data, some preliminary conclusions can be drawn for the end of year 2013. As in the previous year, printing and writing paper consumption will end up showing a decline, not a very major one, but it will probably be about 1% lower than in 2012. Consumption decline in all major industrialised countries as well as in the Latin American region has been largely but not fully offset by about 3% growth in Asia, Eastern Europe and Africa combined. On the other hand, consumption of packaging products has grown everywhere in spite of a further slowing down of the global economic growth in 2013 (global real GDP growth slowed down from about 2.6% in 2012 to about 2.4% in 2013).

The modest rate of total volume growth may have been disappointing. A bigger disappointment has, however, been the financial end-result. The global paper industry has been, once again, plagued by overcapacity. In printing and writing papers, capacity has been closed but not fast enough to match the rate of decline in demand. In packaging, new capacity has been added faster than demand has grown. The clearest example is China, where overcapacity is now a problem in virtually every major grade of paper and board. Until 2007, China was a net importer of paper and board. Since then, exports have grown, even with production running well below capacity. Consequently prices have been depressed in China and the exports have created oversupply and downward price pressures around the world. There are, as always, individual exceptions but overall the average global paper industry profitability has been unsatisfactory in 2013.

Integration process continues: The latest major piece of news was the announcement from North America that Verso will be buying New Page Holdings making Verso clearly the largest coated paper producer in that market. 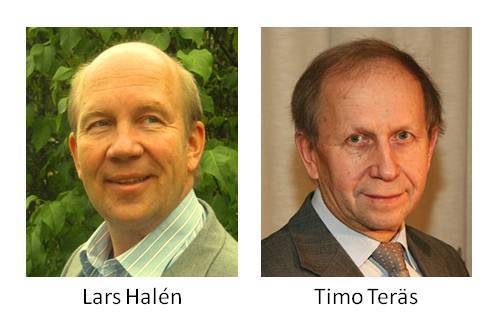 FOEX Indexes Ltd produces audited and trademarked registered PIX price indices for certain pulp, paper, tissue, packaging board, recovered paper and wood based bioenergy/biomass grades. The PIX price indices function as independent market reference prices and show the price trend of the products in question. FOEX sells the right to use the PIX indices for commercial purposes as well as weekly or monthly newsletters, a monthly market review and the PIX index histories.

Providing PIX pulp price indices to the tissue industry gives the paper producer and buyer insight in the price trends with a weekly frequency. This way companies have better tools to budget their cost or income structure and profitability, and may concentrate on their core businesses with less time spent on price negotiations.

Any commercial use requires permission with terms of use from FOEX Indexes Ltd. (www.foex.fi)