Even taking into account one more production and shipping day in February 2016 versus February 2015, the PPPC numbers published week 11 came out with predominantly positive news for the pulp producers, especially in the softwood grades. Total market pulp shipments were up from February 2015 by 5.1% and cumulatively by 4.8%.

For Western Europe, deliveries were up from February 2015 by 6.3% and by 3.5% over the first two months. Port stocks moved down by 0.8% from end January but were still almost 12% up from a year ago. Producer inventories came down by one day, both with and without seasonal adjustment. Market BSKP deliveries were globally up by 6.1% in February, y-o-y, and also up, by 4.7%, cumulatively.

For Western Europe, the corresponding numbers were 2.3% and 0.3%. The shipment-to-capacity ratio was quite good in February at 95% for the grand total (down by one percentage point) and up from 93% to 94% in BSKP. Producer stocks in softwood pulp were flat both with and without the seasonal adjustment and four days lower than a year ago.

The modest further strengthening of the Euro by 0.3% against the US dollar (weekly average) helped stop the decline of softwood prices in dollar-terms but kept the Euro-prices on the recent downward trend. Our PIX NBSK index headed higher this time by 19 cents, or by 0.02%, and closed at 789.47 USD/tonne. Due to the moderate rise of the Euro against USD with last week’s average exchange rate, the benchmark value in Euro fell by 1.72 euro, or by 0.24%, and the PIX NBSK index value in euro ended at 704.44 EUR/tonne, almost exactly 100 euros down from a year ago.

In BHKP, the shipments were very strong in early 2015. This limited the year-on-year gain in February, compared to softwood. These global market BHKP shipments from PPPC-member countries were still up more than what the extra day contributed, or by 4.7%, year-on-year, and up by 4.8% cumulatively over the first two months. February shipment-to-capacity ratio was 95% against 99% in February 2015.

Shipments of hardwood pulp to Western Europe were up by almost 10% in February, year-on-year, and by 6.2% over the first two months. With good delivery volumes and with some supply losses, due to downtime and conversion (Jari), producer stocks in BHKP came down by two days without seasonal adjustment and by one day with the adjustment. Compared to end February 2015, those stocks were, however, three-four days higher now. The already lengthy price decline continued in spite of the further strengthening of Euro.

The additional data received on the paper industry performance in February provides further confirmation that the overall industry performance was in relative terms slightly better in February than in January. European graphic paper demand and total shipments, including newsprint, were down from last year by 1.6%. Adjusted to the additional shipping day, that meant a 5% drop, more or less the same as in January. But the improvement seen in North America – with printing and writing total shipments up by 3.3% in February, year-on-year, after a very weak January and the expected gains in other grades than graphic papers in Europe lift the February results above those seen in January. However, this continues to mean that the weakness in the graphic paper sector persists and that the start of the year suggests only a very modest increase in global paper and paperboard industry production and shipments in 2016 over 2015.

FOEX Indexes produces audited and trade-mark registered PIX price indices for certain pulp, paper packaging board, recovered paper and wood based bioenergy/biomass grades. The PIX price indices serve the market in a number of ways. They function as independent market reference prices, showing the price trend of the products in question.

FOEX sells the right to banks and financial institutions to use the PIX indices for commercial purposes, while RISI Inc. has the exclusive re-selling rights for subscriptions to the PIX data and market information. Please enquire for subscriptions at [email protected] or via the following link www.foex.fi/subscribe/.

Tissue papers are produced either from virgin fibre, recovered fibre and various mixes of both, depending on the end product. High quality hygiene tissue products like medical tissue products, facial tissues, table napkins or other such household and sanitary products are often made exclusively or almost exclusively from virgin fibre pulp, whereas the share of recovered fibre typically increases in tissue products for a variety of end uses outside personal hygiene, such as kitchen towels or towels for garages or other such industrial production facilities etc. Providing PIX pulp price indices gives the paper producer and buyer insight in the price trends with a weekly frequency. PIX indices are used as market reference prices e.g.

In addition, our price indices are widely used in financial analysis, market research and other such needs by all kinds of parties linked directly or indirectly to forest product or wood-based bio-energy industries.

This way the companies have better tools to budget their cost or income structure and profitability, and may concentrate on their core businesses with less time spent on price negotiations, which tend to increase in these days as the planning span narrows in the wake of the short, quarterly business cycles and, nowadays, in most cases, monthly raw material pricing decisions. 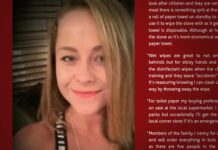 Fibre of the future

ABOUT US
Tissue World Magazine - The independent news provider for the global tissue business
Contact us: [email protected]world.com
FOLLOW US
MORE STORIES