If ever a company was poised for an economic uplift it’s IPEL at its impressive new site in Indaial city. Managing director Juliano Silva talks growth, investment, flexibility, justice… and football and beer. Report by TWM senior editor Helen Morris.

Juliano Silva’s enthusiasm for his job is very infectious. The warm and charismatic managing director of family-owned Indaial Papel (IPEL) joined the tissue producer’s team just over a year and a half ago, having previously worked for ABB in several regions of Brazil and Spain. He’s now in the middle of project managing the company’s ambitious growth plan – an impressive and adventurous task that his enthusiasm doesn’t once waver over during our six-hour meeting.

We meet in Blumenau, a lush and tropical city in the state of Santa Catarina, southern Brazil. Currently, the city is most famous for producing another product – beer – after it was colonisation by German settlers in the 1850s. The city now produces a rapidly expanding range of beer per year and according to Silva, the product makes up a substantial – and popular – part of the region’s history. There is still a strong Germany-Brazilian identity, from the food on sale to the colourful streets full of Hansel and Gretel-style houses. This being a “mini Germany”, Blumenau also hosts an annual Oktoberfest, where thousands of people descend dressed in lederhosen to help celebrate one of the world’s largest beer festival outside of Germany.

It’s also impossible not to (wincingly) mention Germany’s 7-1 win against Brazil in the 2014 Football World Cup. The defeat was a double blow for the Brazilians however, as the country was also the host nation. “It was necessary,” Silva says thoughtfully.

“Sometimes it takes being at the bottom to rise back up. Our football team was not up to it, but now just over a year after we hosted the World Cup, we’ve already qualified for the World Cup in Russia in 2018. And we’re in a similar situation with the economic situation here in Brazil: we’re at the bottom, now we need to get back up,” he says. “Bring it on!” 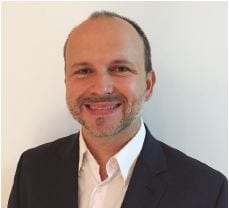 His competitive spirit will be needed. When TWM first travelled to Brazil for the country’s report five years ago, the tissue managers I met and interviewed were in a buoyant mood, and why shouldn’t they be; the country’s 200.4 million population offered a lot of potential, incomes were becoming increasingly disposable as the “Class E” increasingly moved the “Class D” bracket, and so on and upwards… the country was lined up to host two of the world’s largest sporting events… the tissue players believed it was a win-win situation.

Since then, a lot has changed. Brazil went into recession as early as 2014, and the people TWM meets on this trip say they don’t expect it to end until at least the fourth quarter of 2018. They say the troubles are political, not economical; Brazil has been hit with severe and ongoing political scandals that have split political opinion almost more than Brexit has in the UK. Unemployment across Brazil was at an all-time high of 13.20% in February 2017 and illiteracy is widespread. The country with such a large and fairly young workforce, a strong geographical location and an abundance of raw materials, has not (yet) ever been able to actualise its Goldman Sachs forecast that made it the only Latin American country in the much-hyped BRICs… an era that is now over.

The country with so much potential has had a very steep dip. Yet, even during times of recession and deep political scandal, Brazil has (largely successfully) hosted the world’s two greatest global sporting events in two consecutive years without incident – no mean feat for anyone. Social planning programmes put into place are argued by many to be making a positive impact throughout the country. Silva himself is determined that a new generation of Brazilians is emerging, and will lead to an emergence from recession and back to the forecasted tissue growth rate. “I have faith that things will change for the better here, but it will take time,” he says.

Although the Santa Catarina state where IPEL sells a lot of its tissue products seems largely to have escaped the economic woes impacting the rest of the country, the fluctuations in the economic climate have still meant it has needed to diversify its product offering. As recently as 2014 it was producing 93% AfH  products, but the recession changed that: “If we’d stayed just in that market, we would be dead now,” he says. “We diversified, it was the only way to survive. And it worked. Now we have no debt, we’re investing in fantastic technologies, we’re working with key retailers across the supply chain, from Brazil’s local supermarkets to the top giants with operations throughout the country … we couldn’t put all our eggs in one basket and it’s made us more flexible and able to adjust and react quickly to any customer’s needs.”

IPEL was founded in 1982 and has a current capacity of 50,000tpy of tissue paper at its mill in Indaial city. The two owners have built an impressive 65,000sqm new site that Silva heads up. It’s surrounded by lush forests, rivers, and monkey ropes have been attached around the plant to encourage the success of their mischievous neighbours. There’s also a school on site for staff and the community to attend.

Walking around, it’s also obvious that there’s substantial space to grow. A new PM is already planned for and will go alongside the existing Hergen-supplied PM, while a new Fabio Perini converting line will join the existing one in the next few months. Walking to the space above the machines to get a bird’s eye view and the top floor has an almost exact equivalent amount of space. It’s currently empty – plenty of space for further investment.

The AfH market is stable or even suffering a reduction because of unemployment, Silva says. “Less people are consuming.” IPEL, fourth in the Brazilian tissue market of AfH, counts on private label products to reduce its impact, with 60% of its production for that sector. “Private label is a strength for us, it means we support the distributors with our large range of portfolio in AfH, creating and recommending new solutions and adding value to them,” he says.

Diversification of product is a key market strategy: for toilet paper, the company produces 12 pack roles, 24 pack and 16 pack rolls, which he says are the most common in Brazil. It does 1ply, 2ply and this year will start to launch out 3ply products – extra luxury, luxury and recycled. The site also produces towels in folds, rolls and napkins for dispensers and bed sheets for hospitals. “Flexibility is key, especially for the AfH market,” he adds. “The economy has made tissue consumption decrease. But hygiene has started to become more integrated into people’s mind-sets. GDP and population … they’re creating a lot of pressures, so we’re starting to see changes. With our new PM planned for the coming years, we’ll be ready for when the change happens. The recession and economic pressures will change, we’ve forecast that, and we’ll be ready to meet the increase in tissue demand. We want to grow and continue to grow.”

Elsewhere in Brazil, Silva says the start-up of tissue production by existing and new big players will be interesting in terms of how it impacts the market: “It will add to the price war we’re already seeing here.” For GDP, it dropped 3.6% last year, so the tissue industry also decreased. “The service market is reducing around Brazil and that makes it very competitive. But we are increasing our production, as a defensive strategy we started to diversify from AfH into consumer and we managed to grow 45% last year. This year we forecast around 20% growth. With the new Perini converting lines, we’ll produce kitchen towels and we’re still dreaming about diversifying further and producing napkins. We’re still seeing the largest demand for toilet paper, but we want a combination portfolio. It’s a way to balance production and have better flexibility of products. We are flexible, we take an order today and we dispatch today.”

The site also has a significant focus on efficiency and has taken several actions around the plant to increase production, reduce costs and take its performance to new levels. He says the projects on site are supported by the main suppliers for pulp, chemicals, energy etc, but that the speciality of maintaining them is due to a skilled technical team that is determined to improve IPEL’s overall condition. “We take good care of all of these issues,” he adds. “We are being more efficient. Our strategy is defence – to have more products so if volume goes down in one area, we can focus on other products keeping costs controlled. It’s a good balance.

When the economy comes back, “we will double in size,” he adds. “We are healthy and well established, we don’t have debts. We saw 45% growth last year and forecast 20% this year. We just need the economy to come back. If it doesn’t come back, we will take it one step at a time. In the middle of everything we have been making the foundations for the new machine. We’ve been investing for the future. Once the new machinery is in, we will equip the second floor. Converting will go on the second floor… by December we will start filling the second floor. We may have a small and smart head, but we will also have legs and arms that stretch far… It’s tough, but it brings competitiveness,” he says. “So let’s go for it.”

How to achieve growth in a national crisis