Once ranked 141st in terms of GDP, democratic Indonesia’s leadership is aiming to become the world’s sixth largest economy in the next decade. Academic Phillip Lawrence explains how the country achieved such stellar growth, and asks… are its targets reachable? 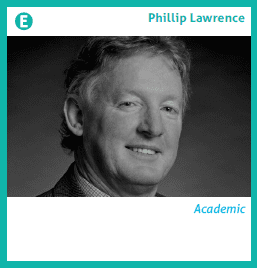 In the past Indonesia has been referred to as the “unlikely nation,” clearly in recognition of the country’s long dark colonial history under the Dutch brutally ending after the Second World War, followed by half a century of greedy military-backed dictatorship. Yet despite its history Indonesia is one of the world’s most vibrate democracies at all levels of government.

So given that history it’s not hard to imagine nothing being impossible for the world’s third largest population: where exactly it heads will be very interesting for its – and the region’s – tissue industry.

While the transition has been impressive, the real story has been over the last 15 years when the last dictatorial president, Suharto, resigned. At that time Indonesia was the 141st nation in terms of GDP. It became a founding member of ASEAN, the now ten nation body which aims to accelerate economic growth, social progress and sociocultural evolution among its members, protect regional peace and stability, and create opportunities for member countries to resolve differences peacefully.

It now ranks 26th and rising. The leadership is aiming for Indonesia to become the world’s 6th largest economy in the next decade. The question is how has the country managed to achieve such stellar growth and are its aspirations achievable?

Indonesia has a number of things going for it, more than in the case of many other countries. Firstly, the population is generally quite young and growing. The size of the potential work force is therefore large and ready for work and also geographically dispersed so wherever any future economic hot spots occur there will be people able to do the work. Also, the nation is perhaps the most resource rich country on earth with oil, coal, forestry and other minerals. Next, the nation straddles the equator in such a way that the majority of the world’s shipping must pass close to Indonesia making the country perfect for international shipping trade.

Of course, all of these issues and features count for nothing if the political forces are not supportive of economic growth, national development and wealth sharing. This has been an area of massive change in the country and one set to continue. Before the new democracy period the economic wealth of the nation was openly channelled into the private pockets of the president, his family and his supporters. The new period has ushered in widespread policy changes that have decentralised the control over land, resources and people, and these are now starting to show results in a more appropriate distribution of wealth.
The pulp and paper industry sector is an example of the challenging period of changing political economy. Under leadership of President Suharto forest resources were exploited to reinforce the president’s power base. Land was allocated to military cronies who were able to provide protection to Suharto’s leadership. The military was being used to curtail any local protests against land clearing.

The result was massive tracts of natural forest land lost forever. The shift into democracy pushed the military out of the picture and the subsequent mess in terms of land ownership, tenure and rights have been a decade long battle between local communities, local governments and companies. During the first few years of the new century and the beginnings of democracy, companies grew rapidly possibly exploiting the policy uncertainty with national resource management which perhaps further added to the environmental problems that have occurred in Indonesia.

Just recently the tide has appeared to have turned and progressively more appropriate and stronger policy measures have been developed by the new governments that have addressed the way the country’s resources are to be used. It’s not perfect yet, perhaps far from perfect, but it is a lot better than it was and is still getting better. We have to be aware that in 1999 Indonesia effectively had no government institutions at all, at any level. The currency was almost worthless, government and private debt that followed the Asian Financial Crisis was massive. It would be true to say that at that time Indonesia had few friends around the world.