MEPCO is the Middle East’s leading vertically integrated paper manufacturer, and the move marks its move into the global tissue market.

Sami Al Safran, President of MEPCO, said: “This project has multiple dimensions that extend beyond its economic value.

“We aim to reduce Saudi Arabia’s imports of tissue products through building and expanding our capabilities locally, boosting the contribution of paper products sector’s contribution to the non-oil segment of GDP.”

He added that the company’s aspirations are fully aligned with the Saudi 2030 visions’ climate change objectives.

“During the designing phase, we marked reducing the project’s environmental footprint as a top priority.

“We took several pivotal decisions to ensure the lowest possible environmental impact of this project.

“This includes usage of natural gas to power the facility and ensuring the implementation of the latest technologies to reduce air and water emissions.”

The facility will use desalinated water and the discharged water will be routed back to the treatment facility in KAEC.

For a full interview with Sami Al Safran, President of MEPCO, see the November/December issue of Tissue World Magazine. 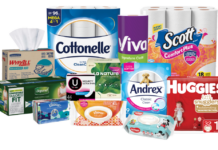