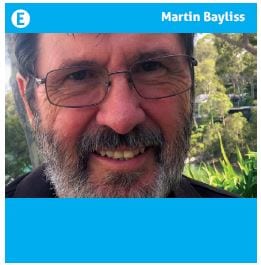 Despite a modest 1.5% GDP growth forecast for the EU and a world economy still emerging from a lacklustre 2016, research by TWM sees Italy’s major companies expecting strong performances in 2017-18. By Martin Bayliss.

Italy’s tissue converting industry suppliers are bullish about prospects for the next couple of years, according to research in January by TWM. They see European demand growth lagging behind the world average but not a single company was negative about 2017-18.

TWM asked companies to rate the outlook for demand growth on a five point scale from “very good” to “very bad”. For European demand growth, opinion was divided roughly 60:40 between “good” and “average”, while for the world 12% saw prospects as “very good”, with more than 60% “good”, and the remaining 25% “average”.

On their own performance, companies were even more positive. Nearly 40% said their profit performance in 2016 was “very good”, with another 40% “good” and the rest “average”.

Given the forecasts for the European economy, the optimism expressed in these responses is perhaps surprising.

After all, the EU is forecasting a very modest 1.5% GDP growth this year, even if it is hoping for improved investment in 2018.

For the world economy, some pickup from the lacklustre performance of 2016 is expected, according to the IMF. Emerging market and developing economies should see accelerated growth in 2017-18, it says, but it also warns that “there is a wide dispersion  of possible outcomes around the projections, given uncertainty surrounding the policy stance of the incoming US administration and its global ramifications.”

In its survey, TWM asked: “Do you expect political instability (e.g. that caused by Brexit, the new administration in the USA, the French elections) to impact your business in 2017?

Most respondents appeared  unconcerned, saying they did “not expect any particular problems”, but there were exceptions.

Carlo Berti, Gambini sales and marketing director, said: “The current situation and  the recent changes on the world stage can certainly create uncertainty and preoccupation.

“But we cannot let these early signs of  political instability unsettle us. We have a positive approach … innovation and  the economy cannot and must not stop.”

Mauro della Santa, TecnoPaper sales director, added: “Political instability does not favour investment and thus clearly has an impact on activity in general,” but added that his company aims to encourage investment through cost-effective product innovation.

We also asked: “What are the most important factors affecting your development (positive or negative) in 2017-18?” Several respondents cited technical innovation as the key driver, and research and development is fundamental.

Fabio Perini Companies’ chief sales office Matteo Benedusi stressed the importance not only of innovating but doing so quickly: “We build complete plants and industrial solutions, but our reactivity to technological changes and to product innovations on the roll and on the packaging must be anticipatory compared to the demands of our customers.”

Elettric 80 also sees R&D as a critical  focus needed to maintain technical leadership. It also emphasises training, “because we consider that the most important capital for a company such as Elettric 80 is the quality and competence of its workforce,” said company president Enrico Grassi.

Elettric 80’s objective is to integrate and totally automate its own systems with customers’ production lines and to do so anywhere in the world. Today, Grassi said his company is installing new systems in three continents: Europe, North and South America.

Gambini’s Berti also stresses that R&D would “advanced technological innovation aimed at realising flexible high-performance products.” And, echoing Grassi, he said: “human capital is a resource of utmost importance to us in achieving our objectives”.

The continuous innovation helps ensure there is a steady process of upgrades among the customers for Italy’s world-leading converting technology and related products.

Not quite Apple in their consumer appeal, perhaps, but a philosophy of innovation that helps drive the growth that allows better-than-average performance and creates a mood of optimism even in these times of uncertainty.

Converting’s track record of innovation
Among Elettric 80’s new developments is the SmartStore warehouse system. The racking is equipped with battery operated shuttles on each level carrying a satellite on-board.

As a result each level works independently. E80 has also introduced Elephant LGV, which stocks parent reels up to three levels high.

Since its market launch 18 month ago, Fabio Perini’s Constellation rewinder has more than 50 installations across five continents. Matteo Benedusi says: “Thanks to the technology of Constellation today our customers can produce rolls that could never be made using traditional winding technology.”

The company is also addressing Industry 4.0 with is “Digital Tissue”, and on the service side, Weareable is its remote assistance solution.

Futura’s Andromeda technology includes multi-task smart crane which enables the automatic parent reel handling system, embossing roll change and general maintenance. Marco Dell’Osso says: “It’s a fully-integrated solution rather than a series of components. This Industry 4.0 approach enables the production of a tissue roll, from raw material to finished, packaged product, to become a single process, connected via the ID of the parent reel.”

Gambini is working on new embossing technology aimed at bulk and absorbency, and adding new more flexible and versatile models to its family of TouchMax embossers.

Projects include creating chemical ply-bonding systems that may replace mechanical ones, and developing a new  eneration of rewinders.

OMT has recently introduced a new system of “active embossing”, an optional feature on the MT 4000 napkin line with Evolution packaging solution.

PCMC has launched the multipurpose line Amica Unica, which it  claims is “the only line with DoubleGeometryTechnology, for consumer and industrial products, with no compromise solutions”.

A free-thinking product line, all in one, for three real products (toilet rolls, kitchen towel and multipurpose rolls). Its Forte product is also in continuous evolution, achieving a finished diameter product up to 240mm.

Each SmartStore system is based on thecustomer application needs, including capacity, number of simultaneous SKUs, throughput, operational principles and building restrictions.

Environment – targeting energy consumption and waste
Fabio Perini’s Benedusi: “In 2015-16, the internal lighting system of the Lucca facility was completely renewed, and this has yielded measurable results in terms of energy savings, sustainability and the of work of the employees.

The new lighting has drastically reduced environmental impact, preventing the emission of 278 tonnes of CO2, the equivalent of eliminating 58.8 vehicles from the road for one year, 88.3 tonnes of waste from going into landfills,135 tonnes of coal burned, 106 hectares of forests saved.

“On the product, the initiatives have instead been on energy and footprint reduction but also on reducing the raw material, such as producing 100% gluefree rolls.”

Gambini’s Berti: “Minimising our impact on the environment is a challenge we cannot ignore. It is a continuous inspiration for our research and a critical factor in our development of new products and technology.

“Specifically, we place great emphasis on recycling and waste reduction and in our plant we use platforms with built-in energy generation.” O

MT points to its glue-free microembosser,  which – despite the absence of glue – aims to achieve a napkin free of any contamination from added chemicals.

The company claims it is one of a kind and also translates into a ‘green’, eco-friendly final product that respects the environment while remaining bacteria-free.

Focus on Sweden: a nation of tissue lovers