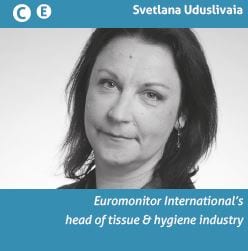 Brazil’s economy has experienced one of its worst recessions, with real GDP contracting once again by 3.4% in 2016. With economic downturn, the value of private final consumption fell by 3.5% in 2015 and only a marginal increase of 0.5% is expected in 2017.

Rise in unemployment, the tightening of credit conditions and decline of household incomes, combined with high inflation and a weak real, undermined consumers’ purchasing power.

Unemployment in the country stood at 7.4% in 2016 and is projected to rise to 7.5% in 2017. Since the onset of the recession, businesses in Brazil cut 2.7 million formal jobs. Currently, over 12 million people in the country are unemployed. Furthermore, youth unemployment stands at about 25%.

The feeble recovery should continue with growth of real GDP gradually rising to about 2.5% per year by 2020. Over 2016-2030, total disposable income in Brazil will increase by a cumulative value of 33.8% in real terms, growing at an average annual rate of 2.1%. 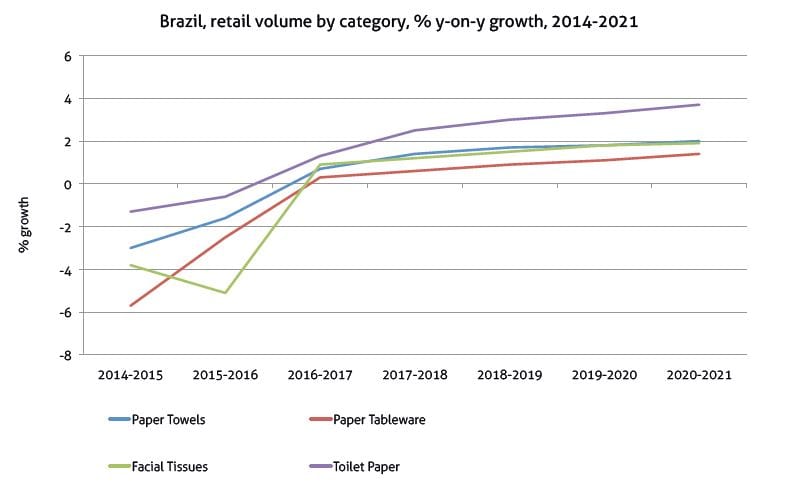 Consumers continue to focus on affordability and price

With estimated 560,000 tonnes in unmet potential for retail tissue and estimated US$1.8bn in potential additional revenues, Brazil remains one of the focus markets for the tissue industry.

However, hard hit by economic downturn and the retreat of the middle class, retail sales of tissue in Brazil had slowed down in 2015 and 2016, with 2% and 1% declines in volume, respectively. Value of sales was affected even more.

While prior to the recession, Brazil consumers have been showing an increasing preference for better quality value-added products, the economic crisis led many to adjust their shopping over 2015 when sales recorded a more significant drop in volume.

In the years prior to the recession, consumers in the country had been trading up in quality, including a shift to 2-ply toilet paper and other valueadded features. Financial concerns of 2015 and 2016, however, led to changes in consumer shopping behavior and resulted in a weaker performance by value-added products marketed by brands like, for instance, Neve (Kimberly-Clark).

Facial tissue category has suffered the most in the past two years, with declines in 2015 and again in 2016, by 4% and 5% in volume terms, respectively. The category is yet to win over Brazilian households, and budget constraints did not help the matter. 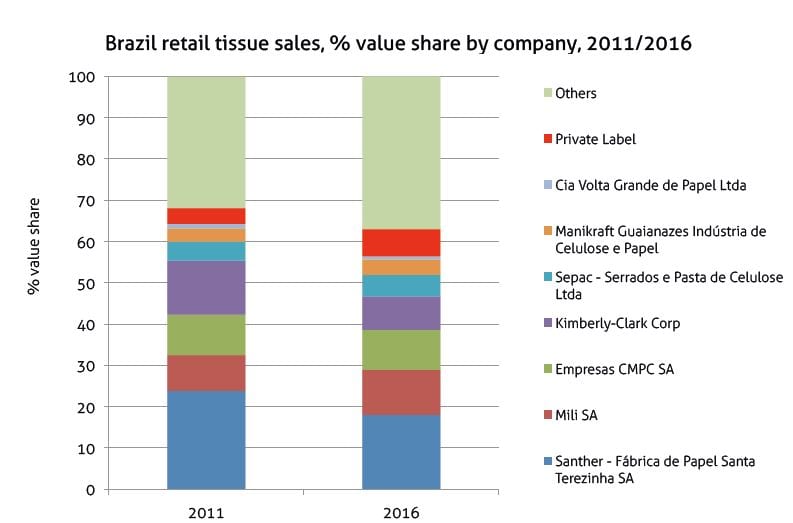 2017 is set to be another rather difficult year for the industry in Brazil. Although inflation appears to be under control, the overall economic scenario is far from full recovery, and unemployment and high levels of consumer debt continue to affect negatively retail demand in Brazil.

Political struggles add another dimension to the uncertainty and  concerns over the future economic policies.

In the climate of slow recovery, consumers are expected to continue their focus on price and value, with tissue products and brands retailing at a more affordable level likely to fare better.

The demand is expected to start picking up pace in 2018 across categories, with further improvements seen annually through 2021.

All in all, retail tissue in Brazil is projected to see 3% increase CAGR in volume  terms over the period of 2016-2021, which represents an improvement over the industry performance in 2015 and 2016. Revenues are expected to see a slow recovery too, although profit margins will remain tight with persistent bargain shopping and the growing weight of private label tissue.

While still small in terms of share of tissue sales, compared to more developed markets, private label has seen significant growth in Brazil over the past few years, offering competitive prices and improved quality of tissue products.

Increased consumer awareness and acceptance of private label products, along with the projected further expansion of modern retail chains in the country, provide a good platform for private label growth in the coming years. 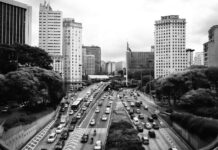 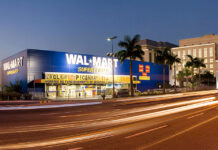