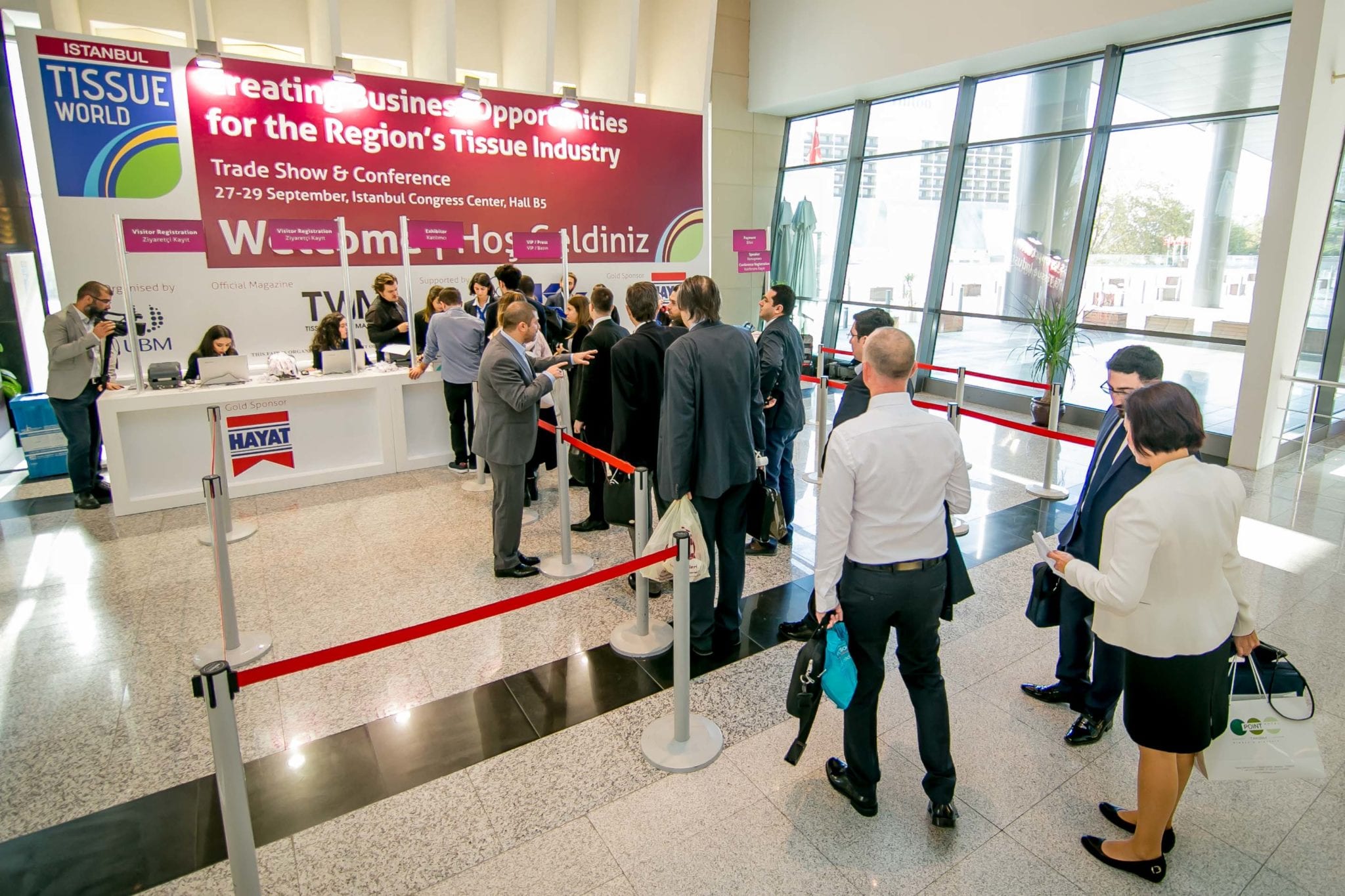 Tissue World Istanbul 2016 concluded successfully after attracting 1,602 unique attendees – of which 1,231 were unique visitors – from across 65 countries.

Held in Istanbul from 27-29 September, the fully-fledged event was the first dedicated tissue exhibition and conference for the Middle East, Central Asia, Africa, Eastern Europe, Russia and the CIS tissue industry.

Some 67% of the participants were Turkish tissue industry players, while the remaining attendees came from 64 countries including the UK, Italy, India, UAE, USA, Saudi Arabia, South Africa, Morocco, Algeria, Iran, Russia, Egypt and the UAE. 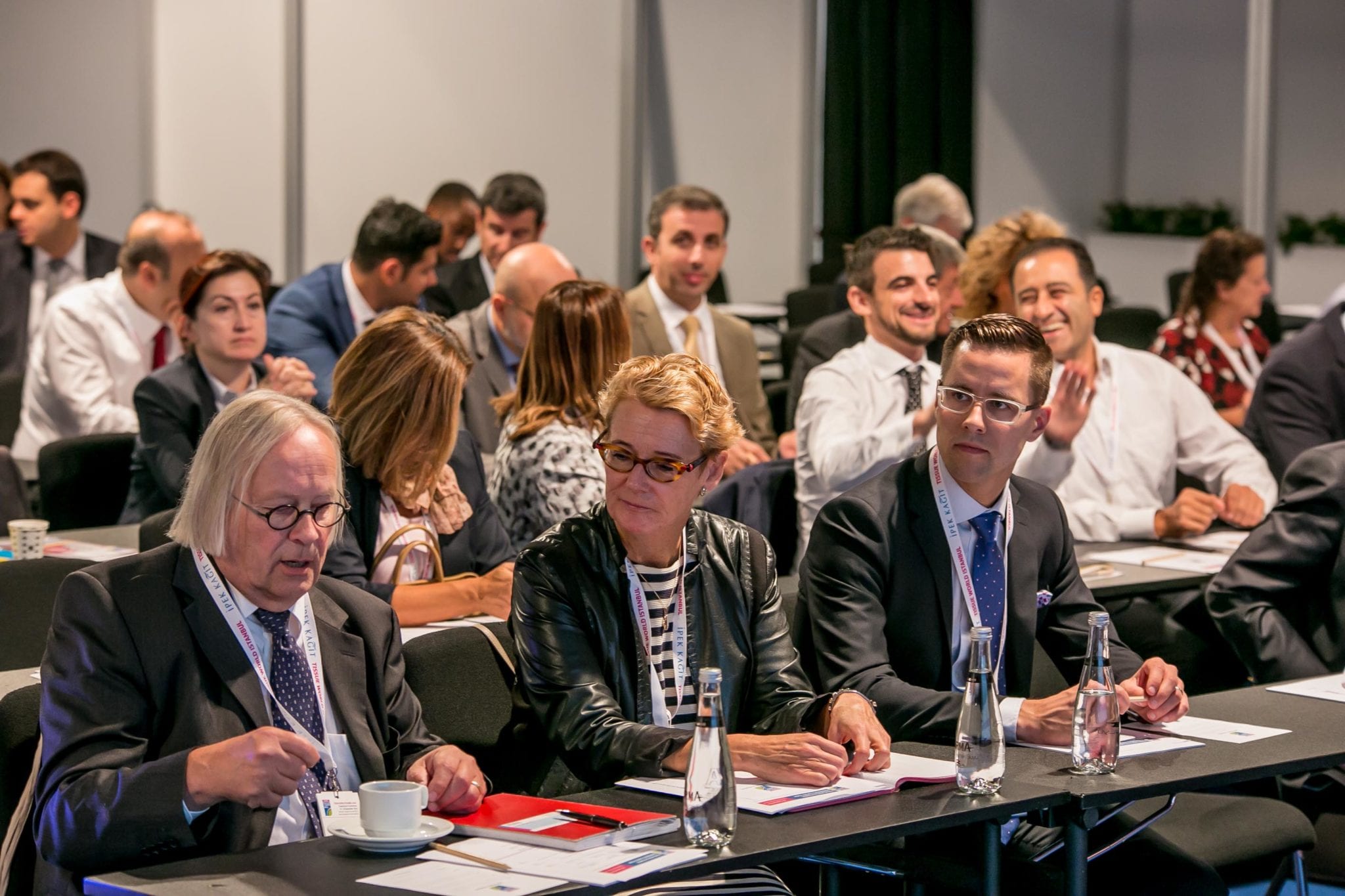 Turkey: How can it maintain the pace of success? – provided an in-depth look into the key opportunities and challenges facing the dynamic Turkish tissue market, as well as the surrounding region’s. Here we review a handful of the key talks.

An outlook on the paper and board industry and the tissue paper sector in Turkey; Erdal Sükan, president, Turkish Pulp & Paper Industry Foundation

PAPER&BOARD PRODUCTION BY GRADE IN TURKEY (2015):

With 74,7kg per capita consumption in 2014, Turkey was 47th in the world. Its population increased from 74.7 million to 78.7 million. All figures indicate that Turkish paper and board industry has a great growth potential. Currently about 50% of paper and board consumption is imported. Production capacity of tissue paper in Turkey increased steadily since 2011 to 2015 with a 41% increase. The production capacity amount
was 567,500 tonnes in 2011 which reached 801,000 tonnes in 2015.

Per capita consumption was 6.3 kg in 2015 and Turkey’s population is about 79 millions. Considering European average of 15 kg per capita consumption, investments in tissue papers in Turkey have great potential. In addition to that, Turkey’s neighbouring countries will have a potential for tissue paper exportation when the current wars end. Therefore, Turkey presents great opportunity to local as well as international investors. There is sufficient land existing in Turkey for forest plantation; investment in this area can also be considered because all pulp is being imported currently.

The economic outlook – fewer clouds on the horizon?

The European recovery has continued despite what happened in early 2016. The effects of Brexit, so far, seem to have been contained. Many of the past worries are no longer as worrying.

Increasing tensions in the Ukraine; a return to higher oil prices; deflation; Greece leaving the Eurozone; a Chinese hard landing; a US interest rate shock. But there are problems ahead: uncertainty over the US election; dealing with mountains of debt; lingering uncertainties over the Euro; further and greater Middle East turmoil.

EARLIER THIS YEAR EVERYTHING WAS FALLING:

BUT THINGS HAVE CALMED DOWN SINCE THEN:
Stock markets; confidence; oil prices; the Yuan; Brazil, Russia; rain and snow …  are falling less. The days, however, are getting shorter.

THE LONGER-RUN EFFECTS OF BREXIT:

Economics: For the UK, most studies suggest relatively small negative effects. Oxford Economics, for instance, concludes, on the basis of nine different scenarios, that UK GDP could be from 0.1 to 3.9% lower in 2030 than it would otherwise have been. Even in the most extreme case, UK GDP growth between 2016 and 2030 would be cut by only 0.2/0.3 per cent per annum. For other countries the effects are also likely to be negative, but negligible (the only exception is Ireland, where GDP, by 2030, could be, in the most pessimistic scenario, 1.6 per cent lower than otherwise).

Politics: Brexit is a severe setback for European integration. As it is, two of the four big achievements of the EU (Schengen and monetary union) are at risk. Schengen may not be there next year; EMU may not be there in 10 years. The other two major achievements, the Single Market and the opening to Eastern Europe, are still in place (even if their biggest supporter, the UK, is now out of the EU), but both are threatened by the
rising wave of populism. The EU will not break down, but increasing integration is, at present at least, just not on the cards.

THE LINGERING WORRIES ABOUT THE EURO

Greece, despite the huge costs of its adjustment programme, has not gone for Grexit, but the temptation must still be there. Italy is subject to the same temptation (and two political parties, including the important 5 Star Movement, have openly talked about a referendum on EMU membership).

Grexit would, in all probability, have a serious negative effect on European growth. “Ixit” would, almost certainly, lead to EMU breakdown. This, in turn, would usher in a massive recession. The political will to stick to monetary union is very strong, but economic realities also matter.

TURKEY: HOW CAN IT MAINTAIN THE PACE OF SUCCESS?

Outlook for the tissue business in the Near and Middle East region: Esko Uutela, principal – tissue, RISI

Turkey exports tissue, mainly parent rolls, to very many destinations but the UK and Israel are the two largest buyers; major export growth in 2016.

Tissue market expansion will continue and regional consumption will grow by 1.3m tonnes and almost reach 3.0m tonnes by 2025.

During 2015-2025, Iran, Iraq and Syria are expected to have the highest relative growth rates, provided political turmoil will not worsen. Average
regional growth – 6.2%.

New investments during 2015-2017 will add substantial capacity and the average capacity utilisation will nosedive deeply below 80%.

CONCLUSIONS:
• The MENA region has been a major growth base for the global tissue industry expansion partly recovered from political turmoil and shows good growth again;
• The positive issue is that strong demand growth is expected to continue in the three largest markets Turkey, Saudi Arabia and Iran. Iran will benefit from the removal of the Western sanctions and tissue consumption will likely see very rapid growth.
• A major investment peak in occurring between 2015-2017 and there are limited possibilities to avoid regional overcapacity, some project delays have helped only marginally. Exports to other regions have limited chances to grow sufficiently to relieve the situation because of the existing tight international competition by Asian suppliers.
• The long-term outlook for the region is good as there is still a lot of growth potential, but based on the current outlook, suppliers need to think about timing of their new investments.

• Rapid tissue capacity development in Turkey – CAGR 2005-2015, 13.4%.
• Turkish tissue industry is well equipped for success and to be competitive in the European export markets.
• Jumbo reels account for some 80% of Turkish exports and are targeted to developed markets.
• The leading tissue companies are all local. Typically they are part of large industrial groups and in a very solid and powerful ownership. The companies are not only dependent on the tissue market revenues.
• The Turkish tissue capacity has grown double digit and it has more than tripled in the last ten years; also demand has grown briskly. However, the
production exceeds the local demand making export very important.
• The Turkish industry has grown rapidly by the leading companies adding large 5.6m machines and it is as an average much more modern than the European.

• Significant exporter of especially jumbo reels; the export volumes total some 170,000tpy while finished product exports are some 50,000tpy.
• Jumbo reels exported to developed markets such as the UK, Greece and Israel account for over 70% of the total. Finished goods exports are scattered
mainly to less developed markets in MENA and former CIS countries.
• Export volumes are sustainable and have shown steady growth with some minor exceptions including increased volumes to Greece due to difficulties of the local suppliers and decrease in Eastern Europe due to the conflict in Ukraine.

UK OFFERS THE BEST EXPORT OPPORTUNITY
The UK is clearly the best jumbo reel export opportunity in Europe. In Germany, for instance, the seemingly large trade volumes are mostly captive.

The UK market is characterised by the large share of independent converters, which explains the jumbo reel opportunity. That may diminish as large independent converters typically consider backward integration and are also interesting acquisition candidates for larger players seeking market share.

North African, Asian and new Iberian jumbo reel suppliers pose more threat for the Turks than the Central Europeans that export captive or special qualities. Turkey is too far to export significant volumes of finished products to the UK.

Finished product exports from Turkey to developed markets, such as Western Europe, are negligible due to high transport costs, difficulties to be present in consumer markets and strong local competitors. Transportation cost from Turkey to, for instance, the UK:
• Jumbo reels 120 $/t
• Finished products 200 $/t.

LOOKING EASTWARDS
Beyond exporting, Turkish producers have successfully expanded presence outside Turkey in selected regions in the East. Tissue Market in Eastern Europe 2015:
• Russia: 27%
• Poland: 25%
• Romania: 8%
• Hungary: 7%
• Czech Republic – 7%
• Ukraine: 7%
• Other: 20%
Turkish type of organic growth with large steps is not applicable, especially with finished products, in developed European markets where competitors are locally established.
Entry to Europe through acquisition mitigates the risks related to organic growth. Various parts in Europe could benefit from stronger players and consolidation of the market.

INSTALLING CAPACITY TO EUROPE MAY BE CHALLENGING
Turkish type of organic growth with large steps is not applicable in developed markets in Europe where competitors are locally established.

ACQUISITION IS AN ALTERNATIVE
Entry to Europe through acquisition mitigates the risks in organic growth.

WHAT IS THE GLOBAL UNMET MARKET POTENTIAL? INDUSTRY FORECAST MODEL

UAE
Real GDP growth: 3.15% in 2015
Population: 9.16m
Only 11% of the total population are UAE nationals; population growth and influx of expatriates; rise in disposable income; rise in production and freight costs; average increase in unit prices.

Saudi Arabia
Accounts for around 90% of export earnings, 80% of budget revenues, and 45% of GDP. The expansion of modern grocery retailers. Increase of health and hygiene awareness. Retail tissue total value for 2015 – US$508 Million. Y-o-y growth – 9%

The significant growth in TRY terms largely rely on the strong rise in the average unit prices; a marked decline is observed in retail tissue in 2015 when retail sales in current US$ is taken into consideration.

Growth in volume sales slows down in accordance with the stagnation in the overall consumer income level.

Per capita consumption demonstrated healthy growth in Turkey, but still barely exceeds the half of Western Europe average. Which is why, retail tissue in Turkey harbours significant potential for further growth. 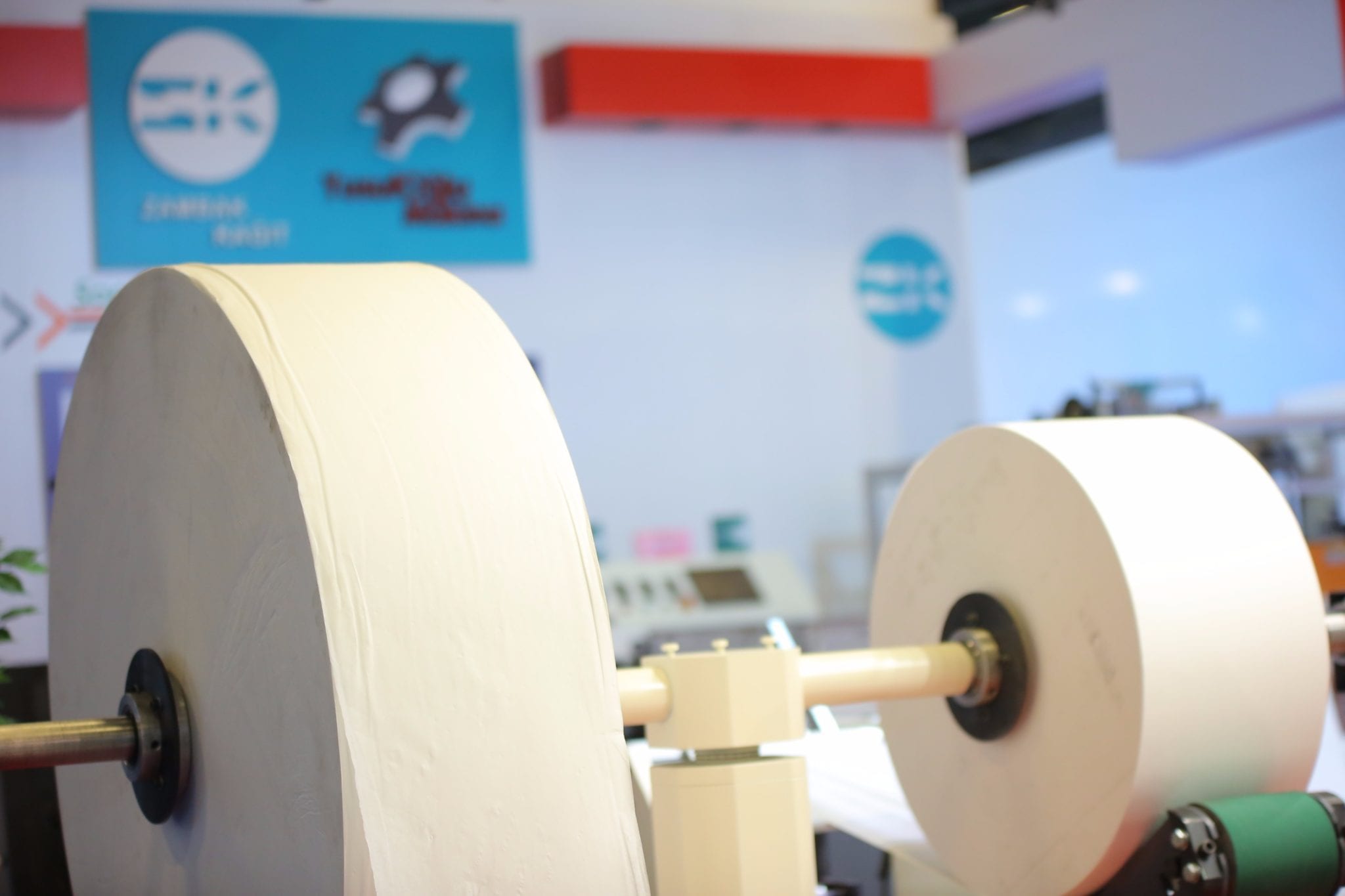 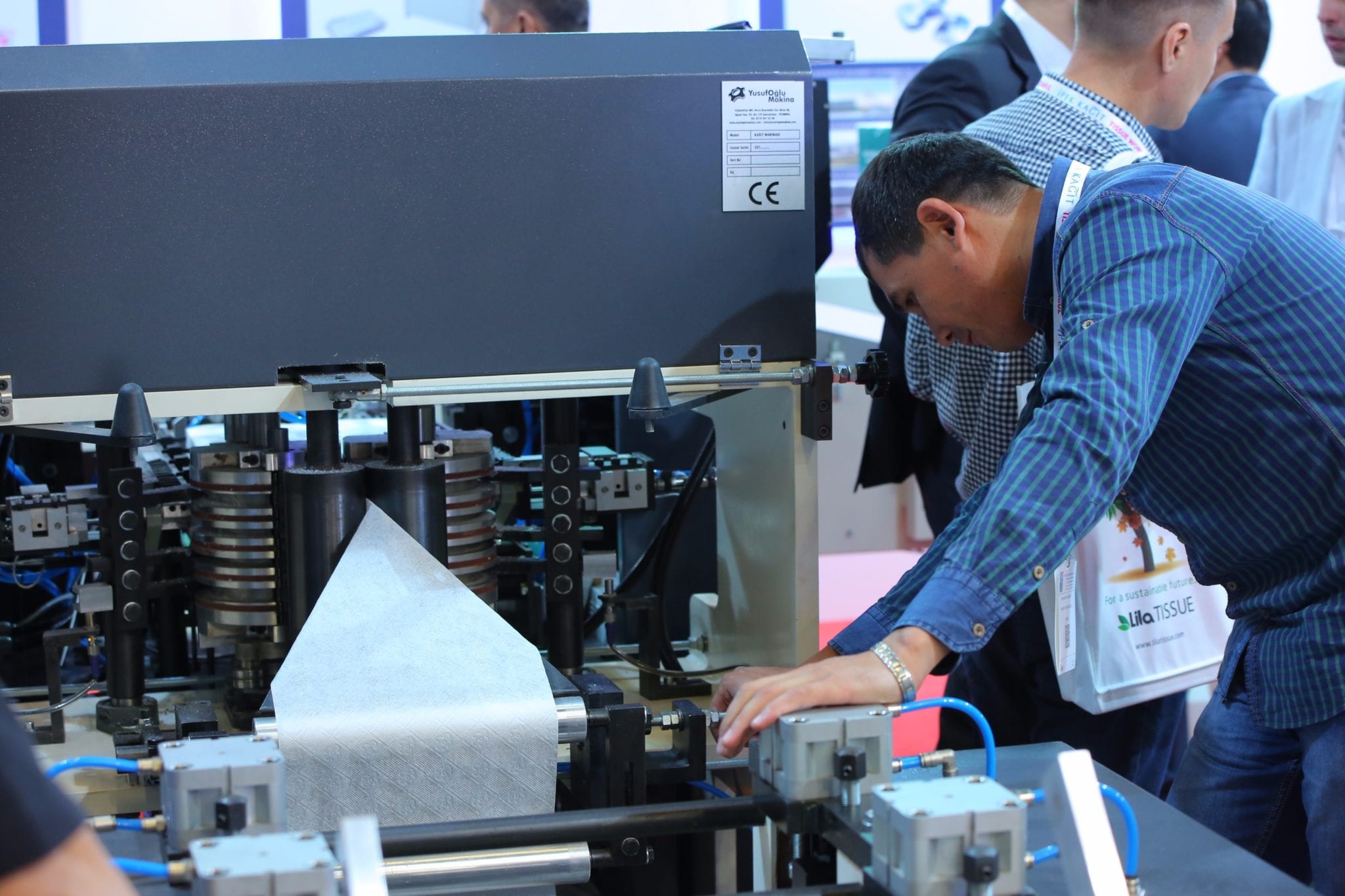 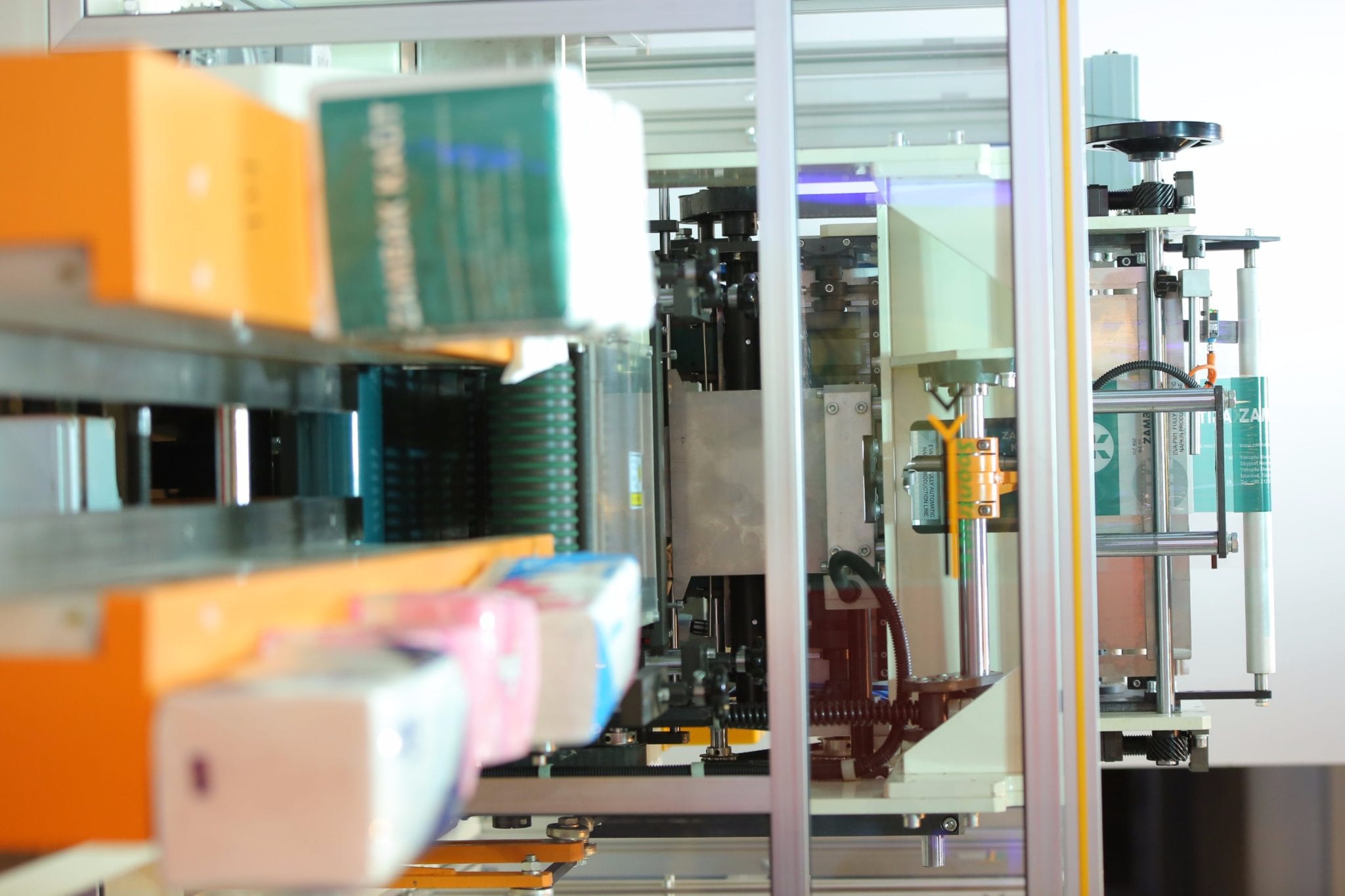 Growth in the European tissue business moving from West to East