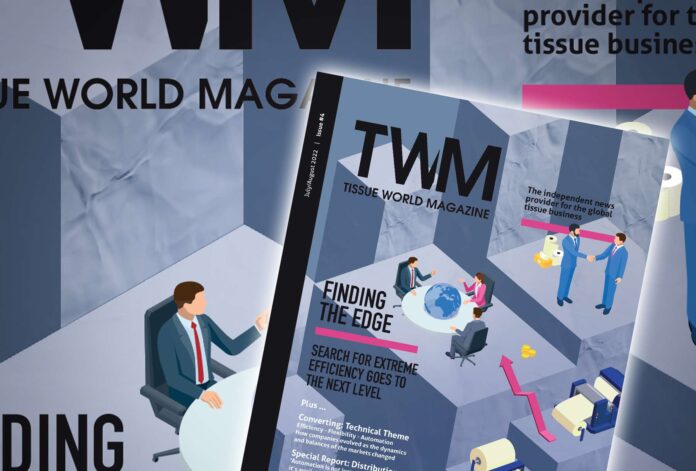 There is an all-out attack of the fine margins in this edition of TWM. The search for gains in already highly specialised and efficient systems. It’s what the industry has always done, but better yet.

Reaching for optimal computerised processes. Not just for the ‘Big Boys,’ but automation for companies across the whole range. Smoothing out the variables causing hitches, some small but some much bigger. As source material in the cause, no less a distinguished figure than Lord Kelvin makes an appearance.

Eduardo de Almeida, Managing Director, AFRY Zaragoza, quotes him in his analysis of the problems that result from the awkward and costly variability which can occur in production: “What is not defined cannot be measured. What is not measured, cannot be improved. What is not improved, is always degraded.”

Lord Kelvin was a Scottish physicist and mathematician who invented the international system of absolute temperature which bears his name today. A man of precision. Eduardo de Almeida is a man of the same ilk, to use an archaic Scottish term. He raised the issue in these pages in 2021 – the prevalence of manufacturing variability, for example the struggle to control base weight, the resulting increase in average weight of tissue rolls – meaning companies in certain circumstances could be giving away a percentage of their product for free. An alarming fact, if ever there was one.

In Marketissues he now expands on the theme: “Sources of variability are hard to pinpoint and are spread throughout the whole manufacturing process. Sustainable improvement can be achieved only by implementing a company culture that focuses on quality and process stability.”

As energy and raw material prices soar, a company culture of innovating ways to decrease consumption and make factories more efficient becomes even more imperative. He offers some insight into how that culture should become ingrained.

Searching for the extreme edge of efficiency is a cause espoused in a Distribution: Special Report. Claudia Borella, Promotech Marketing and Sales Manager, explains the concept of Industrial Edge Computing … “a distributed architecture of micro data centres, each capable of storing and processing data locally and transmitting this information to a centralised system or to a Cloud storage.”

Traditional data centres have their problems. Recent advances have brought greatly expanded storage and computing power resources at a more accessible level. And in Technical Theme: Converting, ten executives from leading companies detail the evolving dynamics and balances of the changing markets brought about by the pandemic. The same direction of travel, but a challenge to develop simpler, more automated and faster responses … and many of the ideas seen through to fruition which contribute to that end.

Thailand back on track with its pre-pandemic tissue demand boom

A “strengthened economy, political stability, improving consumer sentiment, rising incomes and increased consumer sophistication.” That’s what US tissue giant Kimberly-Clark said about Thailand when TWM last reported from there in 2018. A lot of water has flowed through the floating markets of Bangkok since then. Our Thailand revisited Operations Report again talks to market leader K-C, happily celebrating its 150th anniversary this year.

Ratree Skuntantimeta, Managing Director of Kimberly-Clark Thailand, reports that the country “is fully reopening this summer.” Tourism represents 12% of GDP, and visitor numbers could return to pre-pandemic levels by 2025, much of that potential is coming back on stream. A share of the expanding Asian-Pacific tissue growth is also well underway, even for a country in the shadow of the two giants China and Indonesia. Exports are due to increase in the coming years, and Skuntantimeta adds: “Consumers were becoming more sophisticated, and demanding products that met their lifestyle needs, seeking more convenience and wanting specialised solutions for specific problems.”

Industry 4.0 is underway… We look forward to Industry 5.0