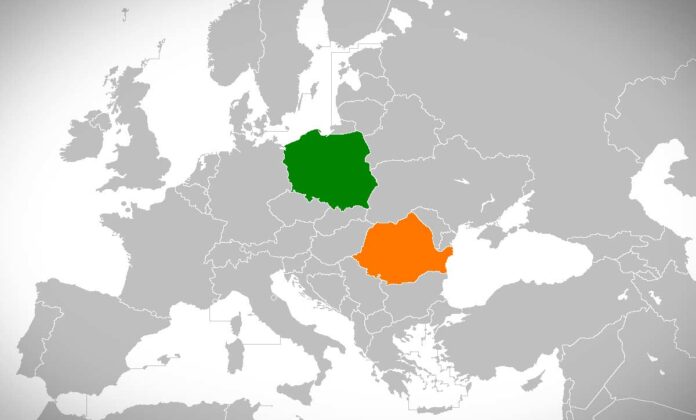 Two countries sharing many similarities, and as with the rest of Europe facing the many uncertainties for consumers and manufacturers in the years ahead. Euromonitor International’s Senior Research Analyst Per Brandberg forecasts how the region’s tissue market will take on a rapidly changing economic climate.

It is difficult to imagine that there has been a more volatile time to discuss forecasts and prospects for tissue (and any other FMCG category, for that matter) in Eastern Europe than right now. Personally, I have previously struggled with the concept that the medium-term horizon is typically five years, but now forecasting more than five months ahead seems like folly, and for good reason. For Poland and Romania, there is much to link them to each other as well as to the broader EU in terms of the pressures they are facing and the slew of “known unknowns” impacting consumers now and likely well into the future.

Embedded economy-wide inflation is the long-term risk, already set to run to 8% for 2022 (at the time of writing) in Romania and 7.5% in Poland over the same period.

While these are not the highest figures in the region, they are relative to the economic situation found on the ground. In Poland 2022 inflation levels are well above anything that has been experienced since 2000, before accession to the EU. We know this is both significant now and unlikely to evaporate in 2023, according to central bank sources. For consumers, the impact of general price inflation, rising fuel prices and the impact of the Zloty’s falling value on import pricing is having a significant effect on consumption and the destination of disposable income. These factors force choices for many households; faced with what the Polish central bank describes as the “absolutely brutal” increase in food prices, choices around household expenditure rationalisation will logically follow.

On an expenditure basis, the situation in Romania looks potentially more severe given the higher proportion that food makes up of average expenditure, meaning consumers will be pushed to commoditise within food expenditure and beyond into other categories, which is an area which will necessarily impact retail as well as institutional (AfH) tissue category sales. Consumers economising, making do and displaying wholesale retreat from some retail categories is how FMCG experience inflation.

Both Poland and Romania have also experienced a profound demographic change because of the ongoing war in Ukraine, which is significant for tissue category performance as it is intrinsically linked to population and income.

While inflation is squeezing incomes, on the population metric both countries have experienced an unprecedented level of population change. Both have taken in a huge number of refugees: Poland, for example, is estimated to have taken some 2.5m, which represents 6.5% growth in its population in just a few months. For Romania, 750,000 refugees represent a 4% population surge over the same period.

This is an unprecedented level of change, and while it does expand the consumer base for core tissue categories like toilet paper, it also has a counter influence on national consumption as it also has its own influence on demand for housing and therefore cost. This is true of the recent growth in demand but also comes against a background of higher interest rates associated with economies trying to get to grips with inflation.

This is a complex situation, and no-one has any reliable idea as to how long any of it will last or its longer-term impact on either economy, employment, and the very real threat of recession and even stagflation in the wider European economy. Although earlier predictions tracking consumption as it relates to income will continue to be a reliable indicator of relative tissue consumption in more “normal” times, such is the level of disruption that any downward impact on overall disposable income levels is very likely to have a more pronounced downward influence on tissue consumption in both volume and value terms, although households will necessarily look to mitigate this.

Disposable income and per capita tissue consumption: a balance of income and consumer confidence

The wider socioeconomic situation does not bode particularly well for tissue products to live up to the longer-term optimistic outlook we had in autumn 2021. Indeed, the tissue industry, like others, has its own set of inflationary pressures. Heavy on raw material, transportation and processing energy costs, the tissue industry is exhibiting strong inflationary pricing pressures in 2022 in both Poland and Romania, which is expanding faster than the economy-wide consumer price inflation.

Looking at retail tissue products in Poland, the median price grew on average by 20% from the beginning of the year until 16 May 2022, according to Euromonitor International’s Via pricing database. Looking further into this growth spike, some of the biggest brands within retail tissue in Poland are exhibiting strong growth in median prices across the board, with Velvet (a leading 20% market value share, 2021) witnessing 15% median price growth and Regina (second positioned with an 11% market value share, 2021) experiencing 10% median price growth so far in 2022. Although we do not have similar, comparable data for the Romanian market, our local analyst identifies similar double-digit value growth for major brands.

However, as products like toilet paper can be seen as a rather essential product, it will still be an item that consumers will purchase on a regular basis. There is little evidence from the financial crisis era of 2008 that consumers cut down on toilet paper volumes during a crisis; rather, they look to trade down or purchase in bulk to achieve better pricing. That said, categories outside of core toilet paper will likely be more exposed to emerging consumer thriftiness. This is reflected in “uncertainty” levels connected with key retail tissue categories, with lower levels exhibited by toilet paper compared to any other category, this in part due to the levels of substitution possible.

Trading out and category exposure

The next step for households is then to weigh the value-to-cost ratio for these products, very likely precipitating a move down in price segments for products where it is possible (where there is availability) and reasonable to do so. The market response to this challenge will be critical in determining which directions consumers travel. While attempts to absorb price inflation within margins may have some positive influence on maintaining prices for the short term, it appears this response has already been breached.

For retail tissue, and toilet paper, there is a wide offer of private label brands in most markets, with private label occupying a 21% global market share of retail tissue sales in 2021. Comparing Poland and Romania against other leading European tissue markets illustrates that, although present, private label potentially has some way to develop. Indeed, we can highlight the Spanish market as historically one to take into account, a market that, pre-financial crisis, had relatively low levels of private label activity but now leads even Germany in terms of its market presence. This is more significant given that only 10% of grocery sales are accounted for by discounters, similar to levels found in both Poland and Romania.

The place of purchase is also something that tends to be reconsidered when times are tight, with consumers looking for savings through bulk purchases in hypermarkets or discounters to press the price even lower. In Poland, these trends are already a part of the market landscape, with private label and discounters being popular avenues for consumers even before the pandemic times. The channel has well-established players such as Biedronka that enjoy a widespread network of outlets throughout the country, reaching a high number of consumers. During the pandemic, many Polish consumers opted to shop locally with higher frequency rather than going to the hypermarket and purchasing in bulk, leading to further strengthening of the discounters channel.

As for the private label presence within tissue products in Poland, that too has been a popular trend for years before the pandemic. In 2021, 46% of the market value is occupied by private label sales, with Biedronka’s private label being the most popular.

Looking to Romania’s tissue market environment instead, there is significant room for expansion for both private label and the discounters channel within the tissue space. In 2021, an 11% value share was occupied by private label brands in Romania, while 17% of value sales were attributed to the discounters channel. As the situation worsens, through higher inflation and the rising cost of raw materials, the opportunity arises for players in Romania to target these areas as consumers are expected to move towards the lower-priced formats soon.

Undoubtedly, retail tissue is in for a difficult period over at least the coming year or two in both the Polish and Romanian markets, but also further afield as many of the trends discussed in this article are Europe-wide and international. Consumers will most likely have to rationalise their expenditure, meaning that tissue categories beyond toilet paper will necessarily be affected by a combination of trading down, trading out and substitution. Even though populations have swelled in both countries, this increase is unlikely to mitigate what we expect to be declining volumes for paper towels and paper tableware, for example, but realistically it will not be until later in the year before there is a firm understanding of what the mechanics of the market now look like.

What happens in the central toilet paper category will be the most significant factor, however. Looking at what is possible from the Spanish financial crisis experience, it is possible even without a huge discounters channel that a wholesale shift towards private label will occur, which is a threat to average unit prices. The question for tissue brands is differential in terms of pricing: what can major brands do to either absorb price increases or introduce budget-format products quickly to insulate brand equity from what will be an inevitable spike in interest for private label products in tissue products but also in FMCG more generally?

All the evidence suggests that when we come back to report on this region for Tissue World Magazine in two or three years, the market structure will be very different from what we saw in 2021. 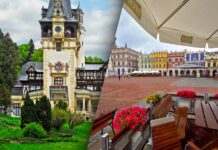 Poland & Romania: From a low base, both countries are developing a robust consumer-driven product economy that includes increasing tissue consumption approaching the EU...

Poland & Romania: From a low base, both countries are developing...