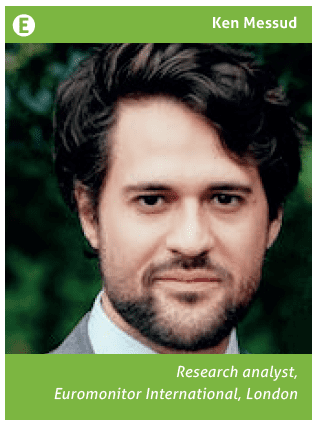 As the United Kingdom is heavily dependent on imports of raw materials for its tissue industry, the country has been exposed to threatening market fluctuations in 2017.

Steady rise of pulp and parent reels prices combined with a highly fluctuating exchange rate have had a deep impact on manufacturers which saw their profit margins evaporate in just over a few months.

Accrol Plc, a manufacturer specialised in private label and contracted by leading retailers such as Lidl, Tesco and Morrison, faced unprecedented liquidity issues in 2017.

The company temporarily suspended its listing on the AIM, and lost more than 60% of its share price as the management looked at its shareholding to raise funds.

Rising pulp prices are problematic in their own right but are cyclical events to which the industry is used to. But as the market price increased, with pulp providers such as Sodra hiking their price index of Northern Bleached Softwood Kraft (NBSK) by 31% in 2017, unpredictable exchange rates added an extra dose of uncertainty which caused disarray such as in Accrol’s case. Considering that the tissue sector
is extremely mature with tight profit margins, manufacturers are currently being squeezed between higher production costs and retailers unwilling to offload those onto their customers.

Decreasing disposable income and growing inflation rates have indeed made the retailing sector more price competitive, and consumers are looking at the best deals.

However we expect those hikes to affect tissue products differently. Toilet tissue and paper towel are items considered as more price sensitive by consumers, while facial tissues, not purchased as frequently and coming in wider ranges of sizes, would likely see higher price hikes.

Consumers are also expected to trade down and further opt for private label products, with discounters such as Asda and Lidl set to experience high growth rates.

On a more practical basis, manufacturers could be tempted to reduce the size of their product, a “shrinkflation” phenomenon which has already been taking place over the past years but could very well be further accentuated.

Finally, this tightening environment could provide a boost to manufacturers selling more innovative – and expensive – products as the pricing gap would be reduced. Specifically, bamboo-focused brands such as The Cheeky Panda, which is already meeting a growing audience in the UK, could gain even more momentum in the coming years.

Looking beyond the UK: Brexit vs Trump trade wars and China hard landing
While the impact of Brexit on consumer tissue will be felt primarily in the UK, markets and industry players operating in countries beyond the UK and Western Europe have other concerns overshadowing any impact of Brexit.

With potential changes in trade policies discussed by the new US administration, Euromonitor International’s Industry Forecast Model anticipates the impact of the trade wars on retail tissue products to be felt in the Mexican market, due to the extent of trade and imports between the US and Mexico.

The impact of potential changes in trade policies on retail tissue markets in Asia Pacific, including China – currently the world’s largest market for tissue and hygiene products – can be mitigated by the expanding domestic production and locally-sourced supply base built by domestic, regional and global players to increase cost efficiencies as well as shield the industry revenues from the impact of currency fluctuations.