The 100% active Softener SC-Q Liq “pushes the envelope” for molecular weight on their eco-friendly renewable resource technology while maintaining the eco-friendly properties.

“Of importance is the low product viscosity to allow for excellent flow.

Consos is a Charlotte, North Carolina-based manufacture of tissue towel and nonwoven softeners.

Voith has launched the TissueFlex XD, which it said is a reliable press fabric for tissue manufacture that offers maximum dewatering capacity.

It is produced with a lower caliper offering faster break-in times which Voith said allows the machine to reach higher productivity sooner. TissueFlex XD has a resilient structure so the key properties of the fabric can be maintained over a long period.

The company added that as tissue machine operating speeds have increased substantially over time, press fabrics such as TissueFlex XD can now meet these more demanding requirements.

It said: “Despite its low thickness the structure of TissueFlex XD remains stable, even at high operating speeds. The tissue manufacturer can expect high runability and increased productivity.

“Thinner press fabrics often have the drawback that they quickly drop in performance due to wear, compaction and contamination. But this is not the case with TissueFlex XD: Voith has incorporated a unique non-woven layer that retains the properties of the fabric for a long time and delivers consistent performance.”

The special needling of the base, batt and non-woven layers also reduces wear and achieves a smooth tissue surface.

The combined layers produce an even pressure for efficient drying.

Gard Chemicals has increased its focus on the tissue industry after it developed its cold glue removers and release agent products.

The company started supplying into the tissue industry towards the end of last year after it was brought to their attention that machine downtime and loss of production was being highlighted due to adhesive build up on machinery.

In addition, it is now working within “core winders” again where adhesive problems are an issues.

The company said that the products introduced have reduced downtime significantly making them ideal within production environments.

The range is now supplied to manufacturers of diapers, sanitary towels as well as the tissue sector.

The company said it is a revolutionary product to be used on tissue machine unwinders and added that it has an immediate payback and has been tested in several paper mills around the world.

The chucks increase the life of cardboard and plastic cores without damaging them during the unwinding of the reels.

The average life of the cardboard cores usually varies from plant to plant, from one cycle to 10 cycles, and by the plastic cores from 50 to 100 cycles.

Svecom said it can now increase the average life of cardboard cores to 20-50 cycles and the plastic sleeve can reach 100/200 cycles.
The company said: “The 714MZL avoids all injuries during the several inserting and the extraction operation.

“Thanks to our chucks you no longer need to use the tools that are normally used to help the paper core insertion of standard chucks.”

The chuck also automatically blocks the core to permit handling in total safety.

Also showcased will be the Smart Trolley 405/BAL for the revolutionary chuck, with a rotating +/- 90° and translating jaws.

It extracts and introduces chucks due to a translate movement which the company said is useful when the space between the tissue reel and the wall (or machine) is limited. 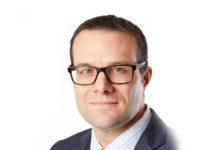 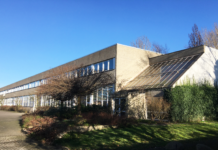 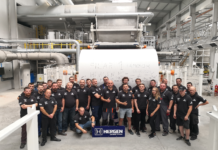 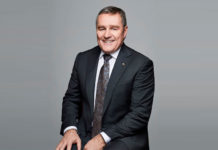 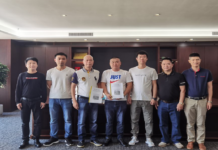 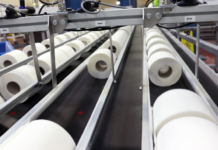 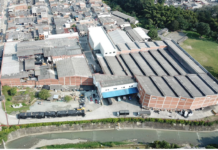 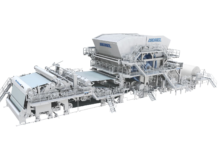 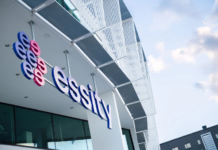 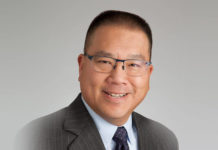 Toscotec acquired by Voith Group; Toscotec to continue to provide its...