Hayat Kimya has announced at Tissue World 2013 that it has signed for a repeat order for two complete tissue lines from Metso for an undisclosed sum.

Each production line will include an Advantage DCT 200 TS tissue machine which will be installed at the tissue producer’s new mill sites near the city of Alabuga, Tatarstam, in Russia, and in the city of Mersin in southern Turkey. Both tissue machines have a width of 5.6m and a design speed of 2,200m/min.

The new lines will have a design capacity of 70,000 tonnes a year of high-quality facial, toilet and towel grades.

Lufti Aydin, director paper group at Hayat, told Tissue World that the contract had been signed for two weeks ago but had been announced at Tissue World 2013.

Hayat Kimya is part of the Hayat Group. Its tissue facilities have a paper roduction capacity of 140,000 and a converting capacity of 100,000. 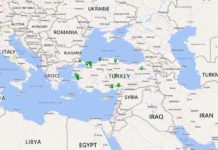