The tissue industry faces increasing pressure to make sure its water and energy consumption is environmentally sustainable as well as energy efficient. Here, Sofidel Group tells TW how its adoption of an Environmental Group Policy across its UK plants has led to increased efficiencies.

The Sofidel Group has put itself forward to set an industry standard with its adoption of an Environmental Group Policy across its three UK-based sites. The initiative is based on the sustainable development and continuous improvement of process efficiency and is being carried out at the tissue giant’s south Wales, Leicester and Bolton plants. The sites house three paper machines, a Metso DCT 200 in South Wales and two machines supplied by Andritz and Beloit in Leicester. There are also several converting lines.

There have been a number of key factors required in adopting the policy, according to Sofidel’s UK country operations manager, Giuseppe Munari. A close partnership between the production team and the design team has been necessary to enable standard equipment to be tailor-made. He says that great attention has been paid to establish production efficiencies and an in-depth process analysis has been established that simplifies the water circuit and favours water recycling. This has also been applied to energy performance, and surveys of the systems in operation have also been undertaken.

A continuous improvement plan has meant that staff and operators are communicating on a daily basis and taking into account the most up-to-date consumption figures. Individual areas of the plant have been fine-tuned to highlight the inefficiencies and start a remediation programme. The application of specific procedures has been used to reduce water and energy consumption. As an example of a project to reduce the power consumption, the business has increased the consistency of the head boxes of the paper machine which has lead to “a significant reduction of power consumed by the fan pumps”. In 2008, Sofidel also joined the WWF Climate Savers Scheme – it was the first Italian company and the first tissue paper producer in the world to join. The scheme is a means by which companies voluntarily adopt plans to reduce greenhouse gases emissions using innovative strategies and technologies. By participating in it, Sofidel Group committed to reducing its CO2 emission by 11% by 2012 compared to 2007 levels; a total reduction of 26 % in CO2 emissions by 2020, compared to 2007.

Sofidel’s south Wales Intertissue site was developed in 2005 on a brownfield site and it started its converting operations in 2006 while paper production started a few months later. The paper machine, a Metso DCT 200, has a capacity of 60,000tpy while six converting lines are dedicated to rolls and two lines for facial. Located on Baglan Energy Park, the site gets power directly from a gas-fired power station owned by Macquarie, formerly GE. This means the business receives power generated from a neighbouring site and so it avoids the  extra transport charge of receiving electricity from the grid.

Munari says: “Notwithstanding this potential advantage over some of our competitors, it has been clear since the beginning that Intertissue would have been a show case for energy efficiency throughout Sofidel Group.” He adds that the site has a production efficiency that “is close to 97%”. “This is measured as a percentage of the time when the machine produces conforming paper over the available production time at the expected speed , taking into account fabric and felt changes.” The plant currently operates below 5 m3 per net tonne of paper produced, while the BREF (BAT Reference Document) guidanc e document for tissue production puts targets between 10-25m3/tonne for the production of tissue paper. “Intertissue has also managed to reduce its power consumption by 30% and its gas consumption by 20 % since start up in 2006,” he adds.

In June 2010, Sofidel purchased Sofidel UK formerly known as LPC Group , which had two paper machines supplied by Andritz and Beloit with a capacity of 75,000 tonnes per year. There are converting plants at Hamilton, Rothley and XXL. XXL is one of the three largest converting lines currently in operation in Europe having a deckle that matches one of the Andritz paper machines at approximately 5.2 metres. When Sofidel first took over the sites, Munari says they were run at different standards to the other Sofidel sites. The company starting implementing water and energy efficiencies to improve the efficiency of the machines in terms of energy and water consumption, making some technical investments and operational changes.

“The performance of the Sofidel mills in the UK demonstrates the commitment that Sofidel has to run its mills in an efficient and sustainable way.”

Munari says: “Sofidel UK is aware of the increasing pressure on the tissue industry in terms of all issues related to water consumption and the scarce availability of water in the UK. The water currently used in the process is mains water which is a large financial expense to the company. We have since created a company objective for water consumption and the aim here is to achieve a 50% reduction in water specific consumption (i.e. total water consumption per net tonne of paper produced) in 2012 in respect to the base year 2008.”

Since Sofidel took on the sites, Munari says the target has been over achieved by 10%. The reductions can be seen in the table.

Sofidel UK continues to improve its water-use reduction rate and during 2013 its water consumption fell below 5m3/net tonne of paper produced. Munari says: “The performance of the Sofidel mills in the UK demonstrates the commitment that Sofidel has to run its mills in an efficient and sustainable way.” Water consumption is closely monitored using a number of water metres and these metres are also linked to the central control system for the paper machines.

“The amount of water used on each machine for the production of paper is constantly displayed to keep the operators informed of the usage and make them aware of when the targets are not achieved,” Munari says. “It also has the added benefit of making the employees understand the impact that the company has on the environment and the way they can participate in helping the company run in an environmentally friendly way. As water consumption is measured within the industry, it also allows employees to understand how well the company is running compared to other companies.” 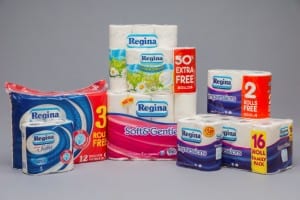 This system is also applied to energy consumption with all figures being closely monitored. In terms of energy, through the implementation of a number of projects there has been a reduction in gas consumption of 40% and a 20% reduction in power since 2010.

As well as the commitment to the WWF Climate Savers scheme there are also a number of other external influences that Sofidel must take into account when trying to run as efficiently as possible. These include the Emissions Trading Scheme, Climate Change Agreements, the Environment Agency and maintaining nationally recognised certifications.

Both mills are part of the European Union Emissions Trading Scheme (EUETS). The EUETS is the largest multi-country, multi-sector greenhouse gas emissions trading system in the world and it includes more than 11,000 power stations and industrial plants across the EU with around 1,000 of these in the UK.

Both Intertissue and Sofidel UK have completed external verifications in regards to the CO2 emissions emitted from the plants in Phase II (2008-2012). The plants entered into Phase III on 1 January 2013, which lasts for seven years (2013-2020). The current phase of the EU ETS builds upon the previous two phases and is significantly revised to make a greater contribution to tackling climate change including: an EU-wide cap on the number of available allowances and an increase in auctioning of those allowances. The EU cap will reduce the number of available allowances by 1.74% each year, delivering an overall reduction of 21% below 2005 verified emissions by 2020. This puts a financial burden on the company as the more CO2 emissions emitted the more allowances will have to be purchased. “This increases Sofidel’s drive for running more energy efficient processes and reducing the amount of CO2 produced in the process through energy consumption,” Munari adds. 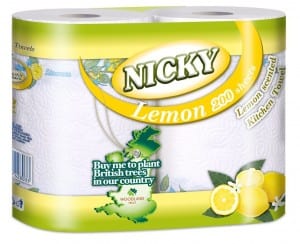 Climate change agreements (CCAs) are voluntary agreements containing targets for eligible industry sectors to increase energy efficiency or reduce carbon dioxide (CO2) emissions. Munari says that operators that hold a CCA are eligible to claim a discount to the Climate Change Levy (CCL) charged on their energy bills. The new scheme started on 1 April 2013 where participants can start claiming their CCL discount at the revised rate of 90% for electricity and 65% for other fuels. “In order for Sofidel UK and Intertissue to claim this discount, we must be able to demonstrate our energy efficiency and how we are actively reducing our emissions by reporting our figures on a monthly basis to the Confederation of Paper Industries (CPI) which has an umbrella agreement with the Environment Agency for the paper sector.”

The Environment Agency also requires the Sofidel sites that hold Environmental Permits report annual consumption figures and undertake annual performance reviews comparing performance with the previous years. A key part of the reporting is being able to demonstrate to the agency the continuous improvement by the site in regards to energy and water consumption figures. In 2012, as part of the agency review on water efficiency within the paper sector, Intertissue was audited in order to verify the water efficiency of the site as “it is classed as one of the best performers within the tissue paper sector”, says Kerry Mackinnon, environmental manager UK.

Sofidel believes that within the Group, companies should operate according to current internationally recognised sustainability features such as ISO 14001 certification. The annual objectives and targets set by head office emphasis annual energy and water reductions. 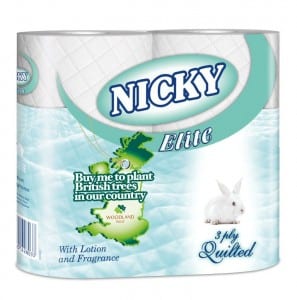 Munari adds: “With all businesses, it is imperative that we convey the correct message to our customers in regards to our environmental performance and our sustainability credentials. One of the key impacts of our actions for water and energy reduction is expected to be a consolidation of our reputation. A benefit for the employees and stakeholders from the improvement programmes being run is an improvement in corporate image due to the company’s environmental commitments, which can result in an increase in business.”