After a significant sustainability announcement in February that grabbed the attention of the world’s paper industries and media, TW visited APP in Indonesia to get the latest on the company and its tissue plans.

 “We need to be careful where we sell our product,” Hoany Muljadi, the director of Asia Pulp & Paper’s (APP) tissue division says from her office in the centre of Jakarta. “It needs to be highly profitable. We need high growth and high margins. We’re just starting out in the tissue market and it’s not an easy market to enter from outside. So for now our focus is on expanding into China and South East Asia. That’s our home market and
there’s huge potential here, the tissue market is expanding very rapidly.”

We meet in APP’s Jakarta-based headquarters, just after a tour of one of the company’s largest mills in Indonesia, Pindo Deli 2. APP – the trade name for a group of pulp and paper manufacturing companies in Indonesia and China – is well known as one of the world’s largest integrated pulp and paper companies, and also one of the most controversial. Its relatively new tissue division has continued along an aggressive expansion path – one that has recently been ratcheted up even further following news of an aggressive expansion plan that would see it become the world’s top tissue producer by 2015. 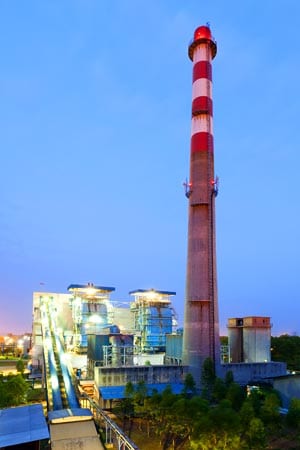 In Indonesia, APP has four main tissue mills, located on the islands of Java and Sumatra. In 2005, APP purchases ten tissue machines from A.Celli, four of which went to the new mill of one of its companies, Pindo Deli Pulp and Paper Mills in Perawang, Sumatra. Pindo Deli itself already has mill 1 and 2 in Karawang, West Java. Additional tissue machines at the Pindo Deli Perawang facility have since been constructed and there are now 16 tissue machines as well as several converting machines. Pindo 2 has one big tissue machine, an Andritz Crescent Former, and, about 57 converting units with a full capacity of over 8000MT.

In the pulp, paper and tissue industries the company is known for its aggressive expansion plans, but it is known even more for its on-going battle with NGOs over its alleged destruction of natural forest in Indonesia. However, just over two months ago the company made a statement – unusually by the APP chairman Teguh Ganda Wijaya himself – that made the world’s media and paper industries sit up and pay attention. On 5 February, APP committed to an “immediate halt” in the clearing of all natural forest across its entire supply chain in Indonesia. Its Forest Conservation Policy includes: the suspension of natural forest clearance which applies to all suppliers; protection of all forests including those on peatland; High Carbon Stock (HCS) assessments to be implemented; adoption of international best practice for rights of indigenous peoples and local communities, as well as independent monitoring by NGOs.

The question, as far as the industry is concerned, is how that statement will translate into practice? APP told TW that its tissue customers can “feel confident and secure that their products are sustainable, meet the highest standards, and do not come from natural forests”. Greenpeace has said it is happy with the statement, before telling TW that “this is a first step along a journey to make it real on the ground. There is no way back, now or ever, this is a serious announcement and APP should prove that this time it’s real.”

It is a major commitment. Will it be independently verified? According to APP, yes; HCS assessments will be undertaken by The Forest Trust (TFT) and will identify all forested areas, which APP said will “enable it to ensure that future plantation development does not take place in forests”.

During this visit, Aniela Maria, the deputy director for stakeholder engagement of APP’s sustainability and stakeholder engagement team, said the business has “stopped the conversion of natural forest in all of its supply chain. We have had a positive response from the market following this announcement. We’ve moved from the negative image usually labelled to us and we are now striving to be a leader on the sustainability initiatives within the pulp and paper industry.” To ensure transparency, she added that an update report will be released monthly by The Forest Trust, while APP itself shares its own progress report quarterly, both of which are publicly accessible. 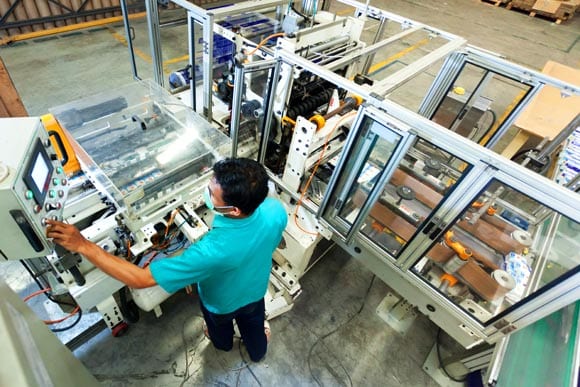 Currently, she says that the Pindo Deli 2 mill has the Indonesian Ecolabel Institute’s (LEI) and PEFC Chain of Custody certifications, as well as the ISO 22000 for its tissue products. It has also achieved, along with APP’s other major mills in Indonesia, the new mandatory timber legality certification by the Government of Indonesia, the Timber Legality Assurance System. This national certification system is being proposed for the FLEGT-VPA system, which, once approved, will classify certified Indonesian’s timber products entering European market as low risk under the new European Union Timber Regulation.

“The timber based industry, including tissue, is subjected to many new regulations in various markets around the world, which basically aim to prevent products made from illegal woods to enter the market. There is the US Lacey Act, and now the new EU Timber Regulation is also put into effect this year. The Australian market will soon also implement its Illegal Logging Prohibition Bill. As our productions are focused on exports, we always strive to ensure that our production facilities meet all the requirements by these markets,” she says. “For our products, including tissue, we implement a chain of custody system that makes it very easy for us to trace the source of the raw material that we use. When we implemented it the first time, the Chain of Custody certification by LEI and PEFC was a very challenging and stringent process for us, but it has now become our way of usual business.”

As for FSC (APP was excluded of the standard in 2007), Maria adds that APP has always planned to get the certification. “Our new Forest Conservation Policy that we announced last February is based on the FSC standards and requirements. We are hopeful to be certified to FSC one day, and we are now exploring ways to attain the certification.”

Driving around Pindo Deli 2’s 450 hectare site, the main thing that strikes you is the sheer scale of the plant. Including the outsourced workers, there are close to 10,000 people employed in the mill area. It mainly produces a variety of paper products with a supply of over 80,000 MT per month, but an increasing focus of the company is on tissue, and the mill now has one Andritz Cresent Former with two layer head box which was installed in 1997. “Tissue for us is seen as one of the areas in the global market with the most potential,” Thiaga, head of customer relations of the tissue business, says. “So we are looking to grow it.”

The tissue machine has a maximum operating speed of 2,000m/min and is 5.55m long, producing between 4,200 to 5,000 MT of toilet paper, facial, napkin and towel tissue per month. Roughly 20% of the jumbo rolls from the tissue machine are allocated to external customers, whereas the rest is for internal converting. Jumbo rolls and finished products are exported mainly to Asian markets, aside from significant proportion for domestic Indonesian market.

The converting units installed are capable of producing all the four basic categories of tissue, and are flexible when it comes to product variation. Currently the highest volume is from the industrial line of Perini. Since the Pindo 2 Tissue unit caters to a market worldwide, the supply and demand for the respective product tend to fluctuate based on market trend.

“Considering that we have been distributing to markets on a global level, the consumer perception and trend changes regularly,” Thiaga says. “We have excelled in being able to adapt to the market transformations, which is the primary reason as to why we are able to sustain our products both in local and international markets.”
“In the past few years, Indonesia has attracted investors from TISSUE WORLD Apr / May 2013
across the globe and is now portrayed as the epitome of growth in Asia. Primarily because of its high population and a consumer driven growth and consumption in domestic soil compared to any of its ASEAN neighbors. Our key focus is towards branding and consumer satisfaction to increase our market share to substantial levels.”

APP’s investment strategy is clear: larger and more cost- effective machines. In total, APP’s Indonesian sites produce 0.5 million tonnes of tissue per year. From her office in Jakarta, Muljadi says: “In Indonesia, we are the number one market leader. Our market share is 60% if we combine both proprietary and private label brands. But what we’re seeing is that most people believe tissue is a commodity product. In some places tissue usage is still very low. For instance, in Indonesia it is around 0.8 kilo per capita. This is very low, especially when you compare to the US where it’s 24 kilos per capita and even in China where it’s 5 kilos. If we want to enter this market further we need to educate the consumer about why they need the tissue product. Our challenge is to make unique and personalised products.”

As for future investment, she says it will be heavy, and mostly organic: “That’s our number one strategy. In Indonesia, we have the number one position. We’re not number one in China, but we do have a significant market share in countries such as Singapore. People believe we have a low cost supply and that that gives us a competitive edge. We are continuing our R&D efforts and we will continuously launch better products.” With APP’s fierce investment strategy coupled with its bold announcement on sustainability and commitment to transparency, there’s no turning back for a company evolving rapidly and determined to create a new category of success.