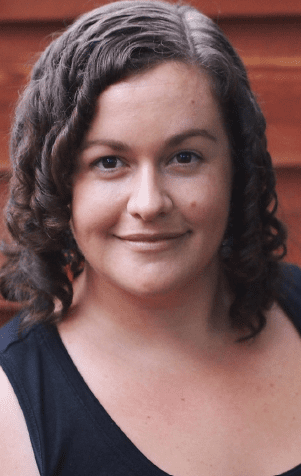 Claire Bowen is a Perth, Australia-based blogger, dramatist and self-described “leftie feminist greenie” who studies the impact of popular culture on the historical record.

I’ll let you in on a secret – I keep all kinds of tissue products long after the use they were  provided for has passed, and some tissue products I have kept for over a decade now. And no, I am not a hoarder or a collector, but a storyteller and traveller who has been gifted art on the nearest easy canvas from all manner of artists.

These beautiful sheets have been treasured for the many memories they carry, and their longevity speaks to the enduring power of paper to persevere.

Along with most people, I dispose of used toilet paper, tissues and kitchen paper rolls in my day-to-day life as they wipe clean and dispense comfort, and are then discarded. But every now and again a piece of paper becomes the canvas for something innovative or evocative that I wish to keep, and they form a beautiful tapestry of tissue from across the world.

I have an intricate rose made of a paper napkin given to me in Greece on the last night of a two-day romance on an Aegean island. The creator was used  to visitors coming in and out of his life, but he was the only Greek dispenser of napkin roses I met, so the rose lies, flat and pure as Mediterranean sand, alongside ferry tickets in a travel guide. It was a strong napkin, plush and soft.

I have a kitchen towel, perforated and quilted, that has an extraordinarily detailed map of New York City on it, drawn at a London house party by a homesick American writer who is now a YouTube animation sensation.

On one side of the towel is his precise drawing of his much-missed hometown, and on the other the terrible drawing that had prompted his own, my impression of what I thought Manhattan looked like.

I don’t want to claim to be the inspiration for his YouTube Education channel that used animation to dispel myths, but you can draw your own conclusions.

I have the inspiring advice of a Siberian Philosopher on the back of apple tea wrap from a tea stop in the Grand Bazaar in Istanbul; my favourite being ‘all the world is a pot, and you are the spoon’.

My main art collection at the moment is of faces drawn by an artist on napkins, menus and receipts from our European bar crawls, and I have a note left in all her three languages by this lover, who could only find the hostel toilet cover to use as she left for her early flight to the other side of the world.

I have a lot of thin paper that hold the memories of large emotions for me, and now I have to find a tissue because memories, hey?

I have photos of intricate patterns drawn across paper tablecloths as a friend and I plot world domination over suburban yum cha, and my favourite saved wrapping paper comes from a friend whose day job was to sell packages to Euro Disney.

She spent a day on the phones writing Disney Corporate Catchphrases in calligraphy – this masterpiece is safe with me, I assure you – every ‘close to the magic’ and ‘in the magic’ is treasured.

So next time you consider that roll or box of tissues, think of the world it came from, and how it will fit into your world, but also keep in mind that an artist may pick up that extraordinary piece of canvas and capture emotions on it for another delighted human. There is much more to tissue than we talk about.

‘I DON’T WANT TO FEEL GUILTY WHEN I’M USING A PRODUCT SO ENVIRONMENTAL RESPONSIBILITY IS A PREREQUISITE FOR ANY BRAND THAT I’M LOYAL TO.’