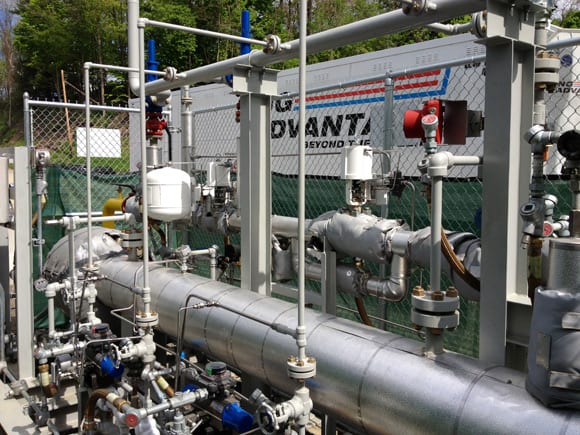 Soundview has started using natural gas instead of oil as boiler fuel for its recycled tissue, towel and napkin operation in Putney, Vermont.

The move is a first in the US according to the business, which manufactures tissue and towel products in the private label, AfH, office and At-Home markets.

The Putney plant operates 24/7 making tissue, towel and napkin products from recycled material for AfH use at commercial and institutional facilities.

There is no natural gas pipeline in Putney, but the facility has been using natural gas in its boilers continuously since the end of March with trucks from NG Advantage delivering compressed natural gas (CNG).

The company said: “This “virtual pipeline” is the first time that US companies located beyond the reach of physical pipelines have been able to take advantage of inexpensive, clean North American natural gas.”

Soundview chief executive George Wurtz said: “Lower energy costs are crucial to being competitive and we are also focused on reducing the environmental impact of our products.

“Using CNG to run our Putney plant meets both our economic and environmental goals and our CO2 emissions are now 28% lower than with oil and there are practically no other emissions.”

Earlier this year, the company boosted its AfH product offering after it purchased Putney Paper, a subsidiary of towel and paper products manufacturer APC Paper Holdings.

With the acquisition, the former owner of the Marcal paper plant in Elmwood Park in North America broadened its range of commercial towel manufacturing capabilities, expanding its finished paper product ranges to include tissue, towel and napkin products. Soundview Paper Company is part of Atlas Holdings which owns and operates more than 70 facilities with nearly 9,000 employees worldwide.

It manufactures tissue and towel products in the private label, AfH, office and At-Home markets.